Australia look to put tough years behind in World Cup 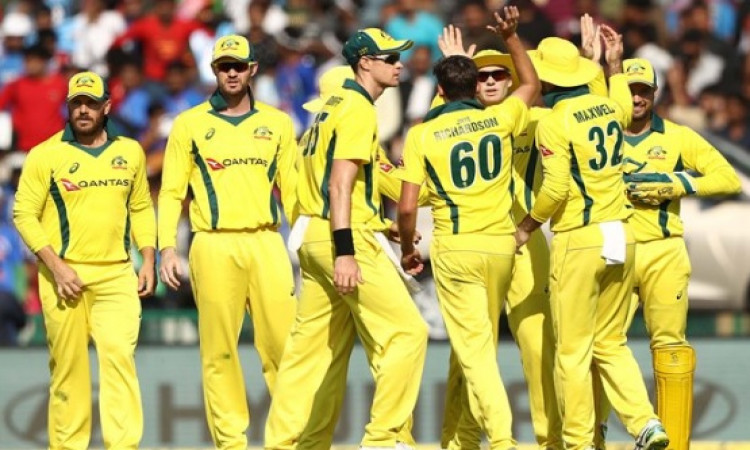 May 21 (CRICKETNMORE) Australia were without captain Michael Clarke when they took on England in their first match of the 2015 World Cup. And yet, it was no surprise when they strolled to a 111-run win in that match. When Clarke made his return from a hamstring injury, the team was so well built that the only man who could make way for him was stand-in skipper George Bailey, who was Australia's highest run scorer in ODI cricket for the past three years.

It is hence rather ironic that rarely have an Australian cricket team looked as vulnerable as the men's side have in the years since their success in 2015. They lost all six ODI series that they played between 2016 and 2019 and were also dumped out of the Champions Trophy in the group stage, albeit one might argue that the weather was more to blame than their performances in this case. But they have enjoyed a revival of sorts since the turn of the year, beating India and Pakistan away from home.

Also Read: Five leg spinners to watch out for at World Cup

Here is a analysis of the Australian team for the 2019 World Cup where they would begin their title defence against Afghanistan on June 1.

Strengths:
A common factor in Australia's recent spate of victories has been that their key batsmen have found their groove. Captain Aaron Finch was imperious against Pakistan, with totals of 116, 153*, 90, 39 and 53 while Usman Khawaja managed totals of 24, 88, 0, 62 and 98.

Steve Smith has been impressive in their warm-up matches against New Zealand. While David Warner may not have done as much in Australia colours, his tally of 692 runs in 12 matches in the Indian Premier League should be enough to make him a threat.

Glenn Maxwell, Australia's highest run scorer in 2015 after Smith and Warner, seems to have found a semblance of consistency just before the big tournament.

When it comes to their bowling department, it would be foolish to discount their bowlers. Adam Zampa successfully used conditions in India in his favour and would be an asset for them while Pat Cummins and Jason Behrendorff have shown enough in the last one year to be deemed dangerous. Mitchell Starc on his day can be the scourge of any batting attack in the world, although his days have been quite rare in the past year.

Weaknesses:
Coach Justin Langer will however be grappling with the fact that while the team has great individuals, it is one that is untested. Not too long ago, an Australian ODI side with a core made up of Smith, Warner, Starc and Finch were going around the world losing series after series. Moreover, Khawaja's recent success has been as an opener but the return of Warner means that the latter could be preferred at the top of the order. Fitting Finch, Khawaja and Warner into the top order will be a conundrum that Langer and assistant coach Ricky Ponting have to solve before the showpiece event.

Opportunities:
There is no better way to turn around what has been a miserable last couple of years for the Australians than with a good performance at the World Cup and the Ashes that come after it. Before the turn of the year, one could envision Australia being beaten black and blue by Afghanistan in their first match and crashing out of the tournament as wooden-spooners in the group stage. That is no longer the case now, so much that the defending champions are now being termed favourites behind England and India to lift the trophy.

One of the fallouts of the ball tampering scandal in 2018 that resulted in the suspension of Smith and Warner and the ouster of then coach Darren Lehmann was the wave of soul-searching it sparked within the Australian cricket setup. In the intervening months, the men's team has displayed an on field personality that is markedly different from the chewing-gum chomping, sledge-spewing one tends to relate an Australian team with. A good performance at the World Cup with this new persona might just set an example for future generations of cricketers from the country.