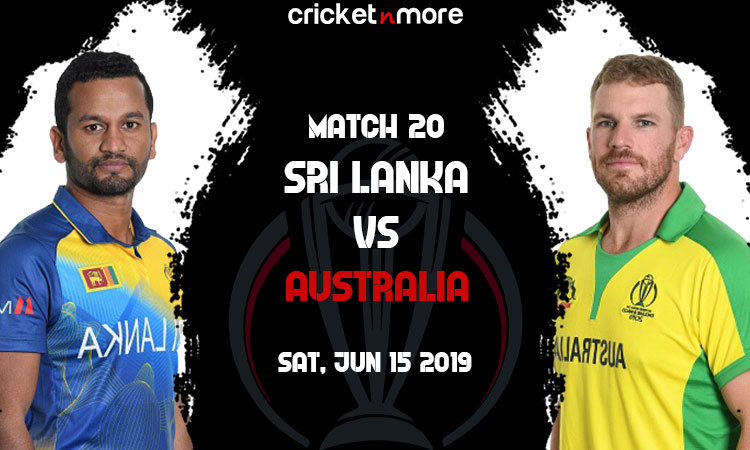 June 14 (CRICKETNMORE) After registering a nervy win against Pakistan, Australia will look to come out with a commanding performance when they meet Sri Lanka in their fifth World Cup encounter at the Kennington Oval on Saturday.

With six points in four games, the defending champions are sitting pretty in the top section of the points table and, therefore, would aim to gain two points to get to the top of the chart.

One of the things that has been witnessed in Australia's campaign so far is that none of the games have been easy for them. Barring their first game against Afghanistan, the mighty Aussies have had to grind and struggle to registers wins against West Indies and Pakistan.

With David Warner returning to his usual batting fluency like he did against Pakistan, Australia's top-order looks more formidable, while the middle-order has been in good form to begin with.

Their bowling, too, is in fine form with Mitchell Starc leading their pace battery. While they were taken for plenty by the strong batting line-up of the Men in Blue, they put up a good show against Pakistan and will look to keep the foot on the pedal.

On the other hand, Sri Lanka, have four points from four games, which includes two washouts.

In their two completed games, Dimuth Karunaratne's men have not looked a very challenging side. Their batting has been in tatters, providing little chance to the bowlers to get them back into the game.

The onus, will however, be on Karunaratne and Kusal Perera to make sure they play positive brand of cricket and provide enough runs for the likes of Lasith Malinga to unleash themselves against the five-time world champions.