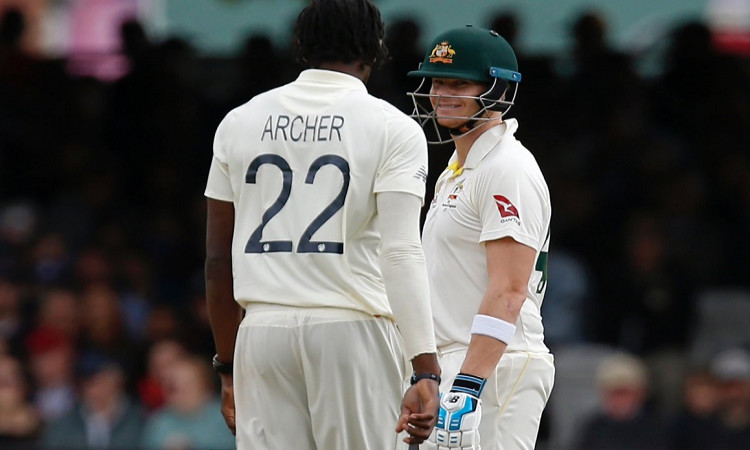 Sep 5 (CRICKETNMORE) Some Australian fans were evicted from the Old Trafford after they abused England pacer Jofra Archer, according to a report published in the newspaper The Sydney Morning Herald.

The fans, who were reportedly seated near the boundary line where Archer was fielding had shouted: "Jofra, show us your passport." As their neighbours lodged a complaint about their abusive behaviour with the stadium authorities, they were asked to leave the ground immediately on Wednesday.

Archer however, didn't respond to their behaviour.

The five match series is currently tied at 1-1 and a win for the visitors will ensure they retain the urn. While Australia won the first match and the second ended in a draw, England rode Ben Stokes heroics to win the third Test narrowly by a wicket in Headingley.