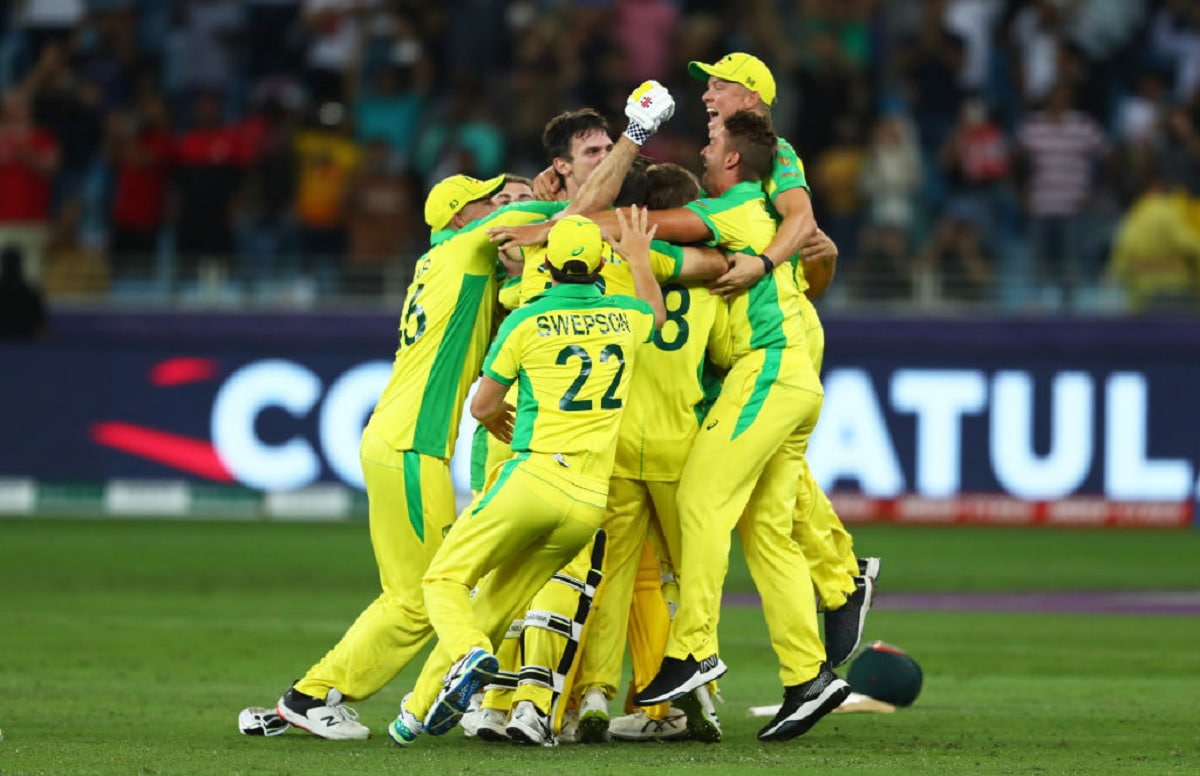 Chasing 173, Australia lost captain Aaron Finch early but Warner and Marsh kept attacking and scored 43 runs inside the powerplay. The duo continued to play aggressively in the middle overs and didn't let any bowler settle.

Warner smashed 53 off 38 balls with the help of four fours and three sixes before Trent Boult cleaned him up. However, The lefty opener had already set up the game with a 92-run stand with Marsh in 59 balls.

Marsh continued to smash and was joined in by Glenn Maxwell. They made sure Australia didn't lose any wicket and hit the remaining 66 runs in the next 39 balls.

Maxwell reverse swept Tim Southee for four to clinch the trophy with Marsh remaining not out on 77 in 50 balls.

Earlier, on being asked to bat first, New Zealand had a poor start as they lost Daryl Mitchell early and only scored 32 in the powerplay. Kane Williamson and Martin Guptill added 48 in 45 balls for the second wicket as Blackcaps scored just 57 at the halfway stage.

However, things changed in the second half when Williamson began to attack along with Glenn Philipps. The duo added 68 in just 37 balls for the third wicket.