Australia's fast bowlers ran through the English batting line-up to claim a comprehensive 146-run win in the fifth and final Ashes Test at Hobart on Sunday, sealing a one-sided series 4-0. After a 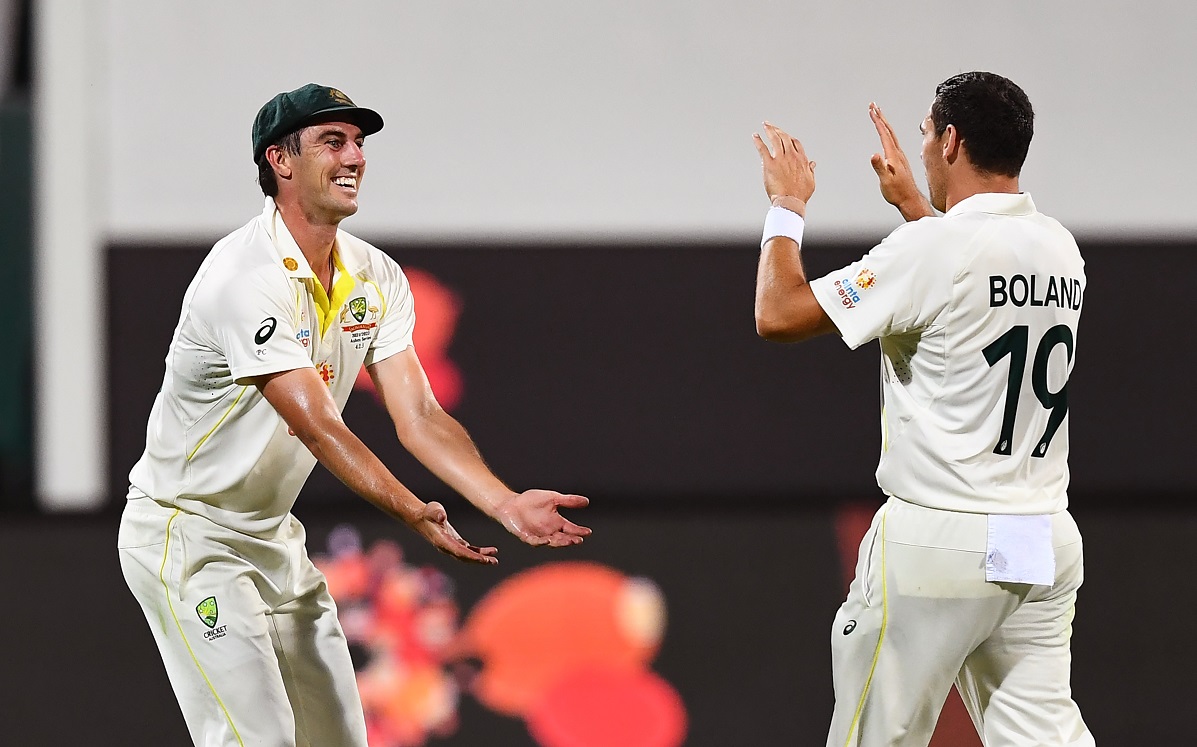 Australia's fast bowlers ran through the English batting line-up to claim a comprehensive 146-run win in the fifth and final Ashes Test at Hobart on Sunday, sealing a one-sided series 4-0.

After a bright 68-run opening-stand chasing 271 for victory, England collapsed once again to hand the Test to the rampant Australian outfit, losing 10 wickets for 56 runs in 137 balls.

The hosts could easily have won the series 5-0, but for some bad weather and heroics from England's lower order in Sydney, when the outclassed visitors held on for a tense draw.

England had no answers once more in Hobart to the pace barrage of Pat Cummins, Cameron Green, Scott Boland and Mitchell Starc, who shared the wickets between them, and who took nine English wickets in the night session.

The tourists had bowled Australia out for 155 during the middle session, leaving themselves an improbable target of 271 for victory.

Rory Burns and fellow opener Zak Crawley got the tourists off to a rousing start but in the last over before tea, Burns tried to leave a ball from Green, only to chop it on, falling for 26 with the score on 68.

Dawid Malan, whose wife gave birth to their first child overnight, started well with a couple of slashing boundaries, but he fell the same way, chopping on to Green for 10 to end a disappointing Test.

Green struck again when Crawley edged the ball through to wicketkeeper Alex Carey, before Ben Stokes on five threw his wicket away when he pulled a Starc short ball to Nathan Lyon at deep square leg.

England captain Joe Root has endured a difficult series after some bright starts, but there was nothing he could do when a Boland delivery barely bounced, shooting through and crashing into the bottom of off-stump.

All Root could do was stand there and shake his head with a wry smile before trudging off, bringing debutant Sam Billings to the crease.

But he didn't last long before he meekly chipped Boland to mid-off where Cummins took a simple catch.

The wickets continued to tumble after that with no one offering any resistance and it was no surprise when Australia wrapped up the win 40 minutes before stumps.

- Brilliant Wood -
Earlier, English paceman Mark Wood took career-best figures of 6-37 in an impressive display of hostile fast bowling to at least give his side some hope of winning their first match of the tour.

Wood's extra pace has troubled a number of the Australian batsmen throughout the series and it proved a big factor during their second innings.

He had nightwatchman Boland and first innings century-maker Travis Head both caught by Billings with only 22 runs added to the overnight score of 37-3.

He then enticed a mistimed hook shot from the dangerous Steve Smith, who hit it straight to Malan at deep fine leg, leaving Australia 63 for six.

Carey, who top-scored with 49, and allrounder Green tried to rebuild the innings and took the score to 112 before Stuart Broad was reintroduced into the attack with immediate effect, trapping Green lbw for 23.

Wood then claimed his fifth wicket when Starc was caught at short leg by Ollie Pope.

There was more drama next ball when a Wood yorker crashed into Cummins' foot and he was given out lbw, but on review, the ball was missing off stump.