Australia's bowling attack proved too strong for West Indies in the decisive third and final One-day International, as the visitors won by six wickets to clinch the series 2-1 at the Kensington Oval on Tuesday (IST). 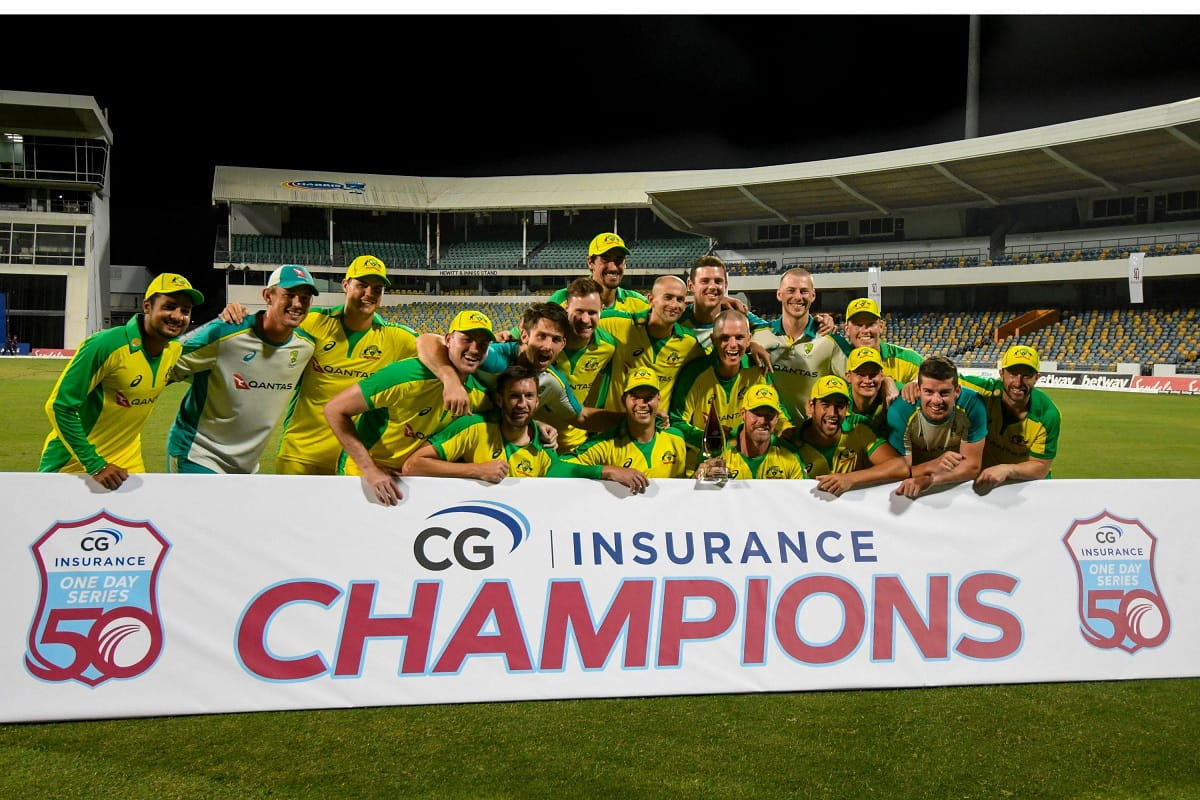 Australia had won the first match by 133 runs, while West Indies bounced back to win the second by four wickets.

The Australian new-ball attack was lethal with Mitchell Starc again the stand-out performer. The left-arm speedster took 3/43 off 9.1 overs, while his new-ball partner Josh Hazlewood took 2/18 off eight overs.

Left-arm spinner Ashton Agar, brought into the team for the first match, took 10-1-31-2 and controlled the middle overs of the West Indies innings. He later returned to make a quick-fire 19 not out off 33 balls to earn the Player-of-the-Match award. Left-hander Matthew Wade scored 51 not out off 52 balls, with five fours and two sixes and shared a fourth-wicket stand of 34 with captain Alex Carey (35).

Earlier, Evin Lewis returned to the crease after being forced to retire hurt. He was struck on the face in the early stages of the innings but came back to end 55 not out off 66 balls with five boundaries and three sixes. He was the only West Indian batsman to reach a half century.

The West Indies will remain in Barbados for the opening match of the Osaka T20 Cup against Pakistan at Kensington Oval on Wednesday.