Australia Beat England By 27 Runs In The 1st ODI; Retain Ashes With A Lead Of 8-4

Riding on fine bowling performances, Australia beat England by 27 runs in the first ODI to retain the multi-format Women's Ashes series at the Manuka Oval, here on Thursday. A strong bowling displ 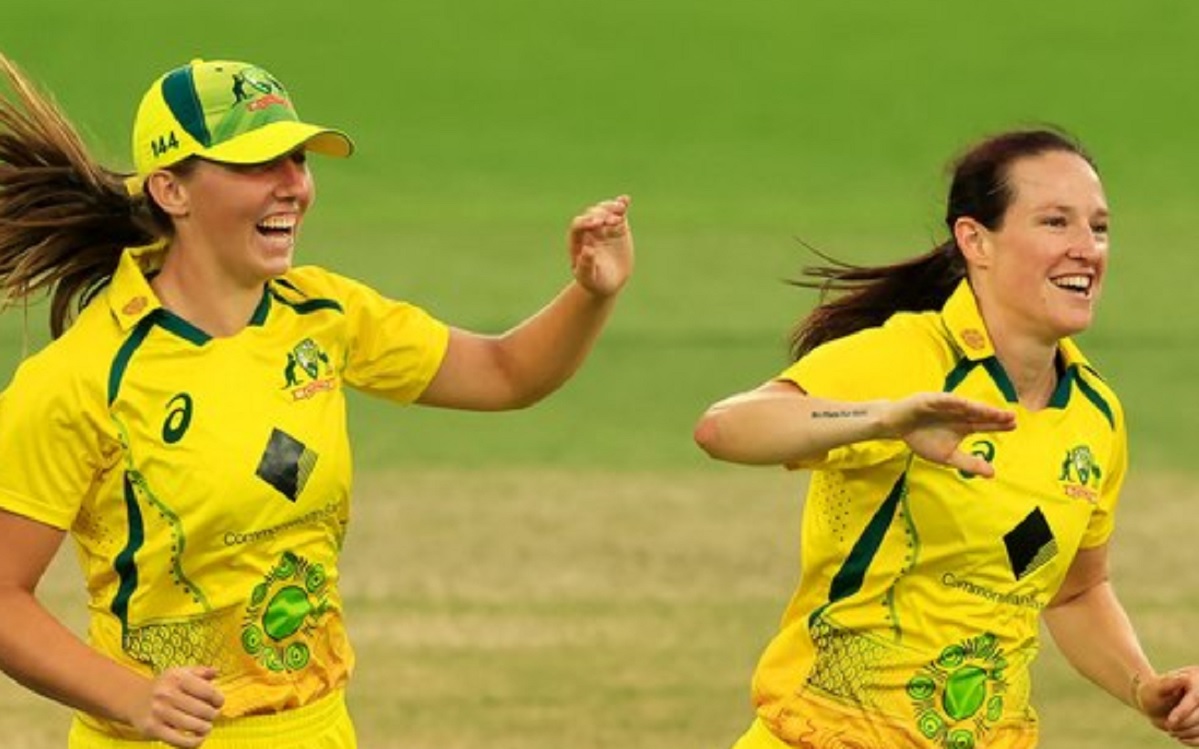 Riding on fine bowling performances, Australia beat England by 27 runs in the first ODI to retain the multi-format Women's Ashes series at the Manuka Oval, here on Thursday.

A strong bowling display from England led by Kate Cross (3-33) and Katherine Brunt (3-40) helped England restrict Australia to a below-par total of 205/9 in 50 overs, despite Beth Mooney's fighting innings of 73.

Opting to field first, England found an early breakthrough when Anya Shrubsole had Rachael Haynes caught behind off a short ball in the fourth over. While Meg Lanning and Alyssa Healy combined to revive the innings, Kate Cross broke the stand by cleaning up Lanning with a peach, seaming back in to cut her in half and hit the stumps.

Sophie Ecclestone landed the bigger blow at the other end by dismissing Ellyse Perry for a golden duck. Australia's woes compounded when a brilliant stumping by Any Jones brought an end to Alyssa Healy's innings next over off Cross' bowling.

At 67/4, Australia were in trouble, but Beth Mooney combined with Tahlia McGrath to revive the innings. The pair put on a half-century stand brought the Aussie innings back on track, but before McGrath could unfurl her full range of strokes, England struck again, Katherine Brunt returning to the attack and cleaning up McGrath with a slower cutter.

With Ashleigh Gardner run-out shortly after and Jess Jonassen falling for 4, Mooney changed gears. She took the onus of seeing Australia through till the end of 50 overs and succeeded at that, being dismissed off the last ball of the innings for a well-made 73, her 10th ODI half-century.

Chasing 206 for a win, England were in early trouble against the 18-year old Brown playing her fourth ODI. Tammy Beaumont edged one off her to first slip in the fourth over and she was followed immediately after by Heather Knight, who was trapped in front first ball.

Opener Lauren Winfield-Hill fell in the 11th over, holing out to the deep just as England were recovering from the early blows. Megan Schutt completed 100 ODI wickets in the process, becoming the second-fastest women's cricketer to the feat. Nat Sciver and Amy Jones rebuilt for England, but Jones was caught out off a nearly waist-high full toss from Tahlia McGrath after she spent nearly 10 overs at the crease.

McGrath struck again when she trapped Sophia Dunkley in front in her next over while Brown returned to take a cracking return catch to send back Sciver five short of her half-century. At 103/6, England's innings hadn't quite gone to plan, but Danni Wyatt and Katherine Brunt fought back in a quick partnership that helped England get closer to the target.

It was Schutt who brought Australia the breakthrough, cleaning up Wyatt with a terrific leg cutter. Brown struck from the other end with Sophie Ecclestone's wicket and Jess Jonassen had Anya Shrubsole bowled around her legs to leave England nine down for 154.

Kate Cross and Brunt hung around for a bit to worry the Aussies. The former was even dropped in the deep by Ellyse Perry as England continued to edge closer, but Jonassen landed the telling blow when she had Cross caught and bowled to seal a 27-run win for the hosts, the victory ensuring the Ashes would stay in the Aussie shores.