Aus vs Ind: We Have Made Plans To Counter Kohli, Says Paine

Virat Kohli, who will be available only for the first Test of the four-match Test series which begins Thursday at the Adelaide Oval, does not worry Australia skipper Tim Paine, who says his team has a few plans up its sleeve to counter the India captain. 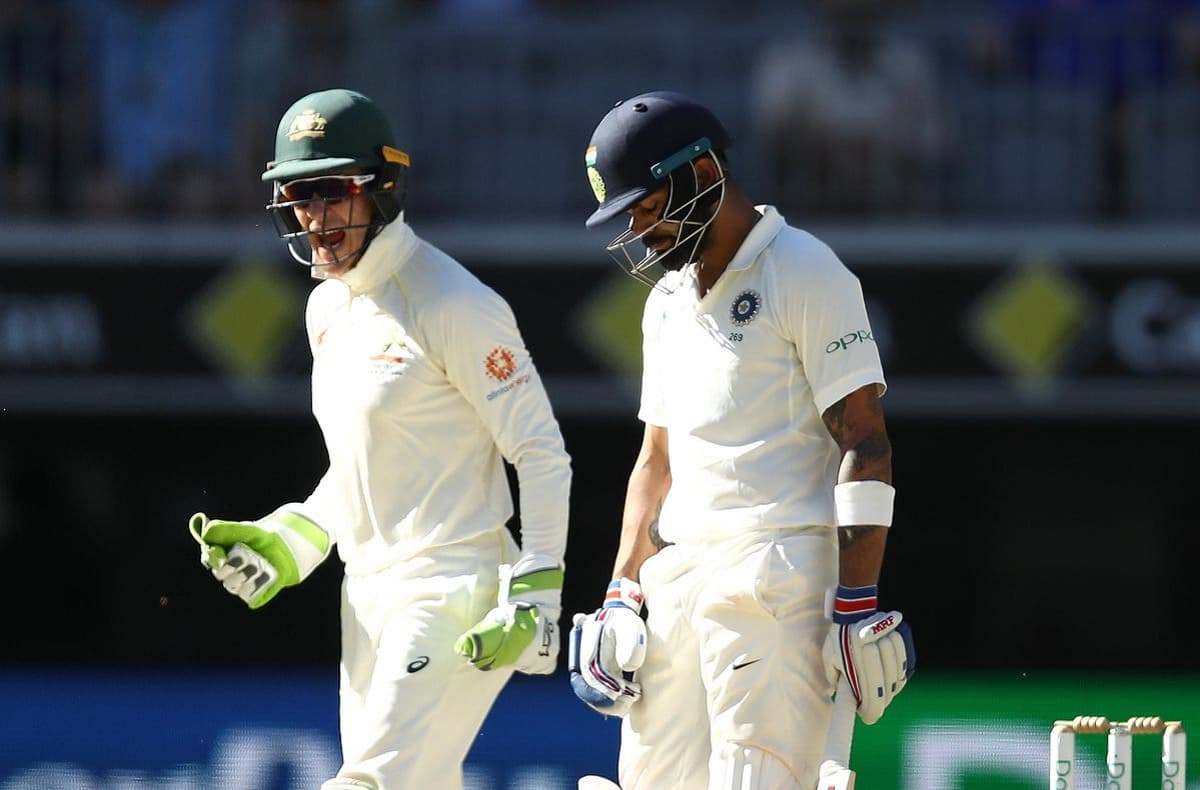 Paine also said that the Australian team won't hold back, and will be ready to retort if things get ugly on the field.


'India Must Have A Huge Squad To Counter Bubble Fatigue', Bad Situation For Everybody: Ian Chappell

"Everyone has got great plans against the best players...that is why they are best players because they can adapt. They can change what you are doing and Virat is certainly one of the best if not the best in the world. There are going to times when they do get away against you - there is just one Test hopefully he doesn't - but we have plans against him that have worked against him and hopefully, they work against him. But if not then we have a couple of different plans," said Paine while speaking to reporters on Wednesday.

Paine said that the variety in his team's bowling attack is good enough to trouble the star India batsman.

"And again, the great thing with our attack is that they are all different. We have also got Nathan Lyon and throw in Greeny (Cameron Green) we have got different angles, different speeds, and also Mars (Marnus Labuschagne who bowls leg-spin) we have lots of different options to throw at him if he wants to get in and settle," Paine said.

With Mitchell Starc back, the wicketkeeper-batsman feels that the Aussies have an advantage in the pink-ball Test. Starc boasts of a stellar record in day-night Tests, having taken 42 wickets in the seven of them he has played so far in his career.

"Starcy is good to go. He bowled quite quickly in the nets yesterday. He is in good shape, he had an unfortunate family situation going on, but we are thrilled to have him back in the squad. His pink ball record is absolutely outstanding. He is an absolute nightmare to face with the pink ball whether it is day or not. Again he is a huge asset to us. We are thrilled to have him back," said the Australian skipper.

The 36-year-old also said that while they are not going to be overly aggressive, they would be ready to give it back to the Indians if there is a need for it.

"Yes in terms of what goes on the field, we will have to wait and see. Certainly, we don't go into planning to have run-ins or be overly aggressive or anything like that. We just go out there to execute our plans firstly with bat and ball, and at times things at the field can be... if that is the case, no doubt that this team won't be taking a backward step," said Kohli.

Paine said they will focus on vice-captain Ajinkya Rahane as he can hold the team together. Rahane will lead India when Kohli leaves for India to attend the birth of his child.

"When he (Kohli) leaves, we know the talent they have got all the way down their list. (Cheteshwar) Pujara obviously troubled us a lot last year so obviously, he will be a big key to us but we know the talent. Rishabh (Pant) came in the last week's A game (warm-up tie) and made a quick hundred. So they have got guys around that can take away the Test match from you away quickly but we got to be really across all of them. But clearly, yeah, Rahane held the team together, he was the glue last series. He is a huge focus for us," added Paine.

Paine though has always preferred using sense of humor to distract the opposition. This has been a change in Australia's strategy post the sandpaper scandal. Head coach Justin Langer has emphasized on honesty, humility, and mateship at elite level. Asked about the chat he was involved with Pant during the last tour, Paine said he wanted to distract the wicketkeeper-batsman with that although the strategy will be different for other players.

"I think I just try and do what I think is the best at the time. The stuff that keeps getting replayed was just a friendly chat. My reading at that time was that he was a player we could distract into playing a loose shot. He is a sort of a one, happy relaxed guy. So yeah, that is the angle I took with him. But it won't be the same with everyone. I try and read the situation I am in at the time and try and adapt to that," said the Australia skipper.