Australia skipper Tim Paine has confirmed that Cameron Green will make his Test debut in the first match against India beginning Thursday at the Adelaide Oval. 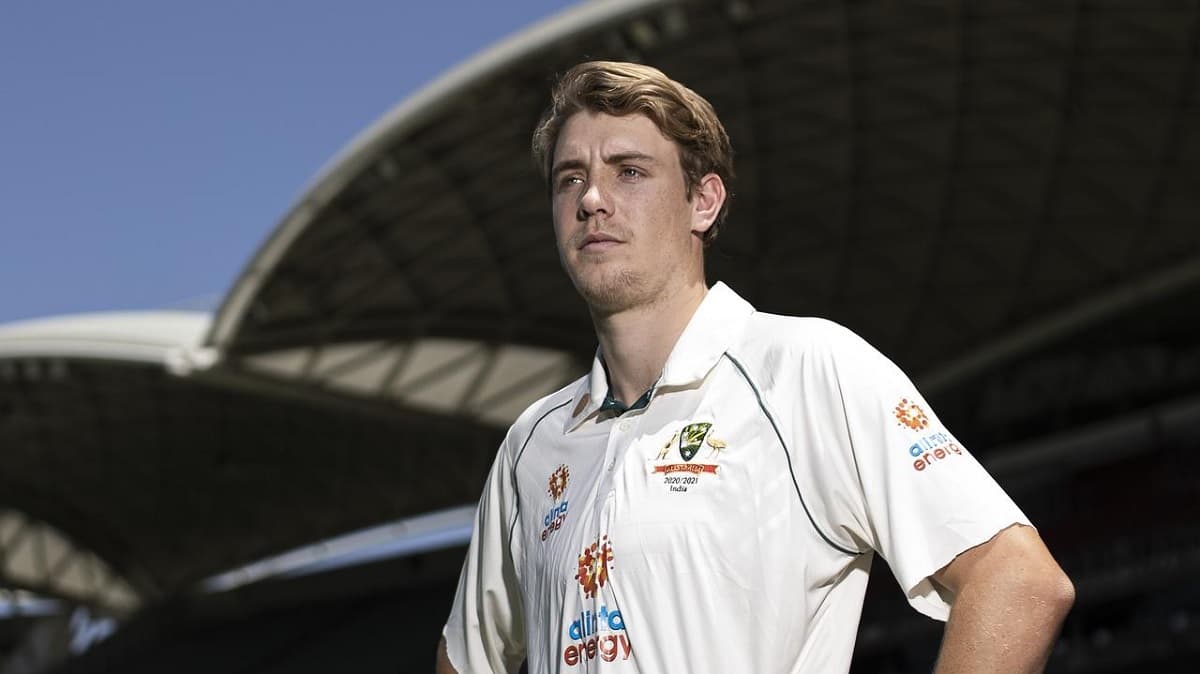 Speaking to media on Wednesday, Paine said that Green will be playing as an all-rounder and would bowl more than four overs in a spell which was the limit set for him due to workload management.


Aus vs Ind: We Have Made Plans To Counter Kohli, Says Paine

Green got hit on the head during a warm-up tie against the touring Indians last Friday and had to be substituted due to a concussion. His test on Tuesday, however, yielded positive results.

"I think he (Green) is pretty good to go. He obviously trained with us yesterday, woke up well today and intends to train with us today, it is all going well. Cameron Green will make his Test debut tomorrow which is great news for him, us, and Australian cricket fans," said Paine on the eve of the first Test.

The Australia captain said that Green's availability as an all-rounder for a long time will help take plenty of load off pace bowlers Mitchell Starc, Pat Cummins, and Josh Hazlewood and help prolong their careers.

The Aussie pace bowling trio was over bowled in the last series against India in 2018-19 in the last two Tests at Adelaide and Melbourne, something Hazlewood last week said they don't want a repeat of in this series.

"I think he (Green) will bowl a few more than four overs. Once you are selected in a Test match you are good to go. Having said that we don't expect him to bowl a huge amount of overs anyway. With the attack we have got we just see him as a nice change-up," said Paine.

"He takes maybe 12-14 overs an innings out of our key fast bowlers which is great in terms to be able to keep them fresh for the pink ball Test for a night session and in terms of keeping them fresh for the whole series. Obviously if Greeny can continue... having him in the side allows us to have Mitchell Starc, Josh Hazlewood, and Pat Cummins around the Australia team for even longer in terms of their careers.

"He will be a huge asset to us in that sense but we will wait and see how many overs he bowls. We know that when he does that he makes an impact and that is what we expect him to do," he added.

The 36-year-old also said Green will be given a chance to bat at a position where he can succeed and not throw him in the opener's role where the hosts are struggling for options following injuries to David Warner, Will Pucovski, and poor form of Joe Burns.

"We will use Green more in that all-rounder's spot. There is no doubt about that. We don't want to bring a kid of his age, he is also going to bowl us overs and bring him mate and say, you mind opening the batting in a pink ball Test match. No, we want to use Greeny in positions that give him the best chance to succeed and for that he is batting in that all-rounder's spot," Paine said while lavishing praise on the youngster.

"He is super impressive, I have played against him. Have seen him score hundreds against Tasmania before. Yeah, I was out there with him (in the first warm-up against India) and talking to him. He was really, really impressive for a guy his age. Understands his game really well. Really smart cricket brain for such a guy and really calm and cool under pressure from what I have seen him playing against us and being around him for the last week, he is made for Test cricket and we can't wait to see him play tomorrow and unleash him," added the captain.

Paine, however, refused to divulge the playing eleven, and also the openers for the opening Test of the four-match series, although he did admit that Matthew Wade is an option. The wicketkeeper-batsman also hoped that Steve Smith would be available for the match after suffering from a sore back on Tuesday.

"Yes we have a team but we won't be releasing it unfortunately till the toss tomorrow. I know we have two people walking out to bat tomorrow. We will be keeping that in-house till tomorrow," he said.

"He (Wade) is certainly an option to open the batting, no doubt about that. I thought we have a number of guys who are willing to open the batting and that says a lot about our whole group and not just Wadey. But Wadey we saw in the series against New Zealand last time, he is willing to put his body on the line for the team. We know he is as tough as nails and we know he will do a job no matter where he bats for us. Obviously, it is nice. We have got a scenario where we could have a different opener...and as I said we have got a number of guys in this group to put their hand up to do it if that is the best thing for the team which is a great thing for the team," added Paine ahead of the first Test that will be telecast live only on Sony Ten 1, Sony Ten 3 (Hindi) and Sony Six channels.