Keeping aside the humiliating defeat in the first Test, Team India on Wednesday began their preparation for the second Test against Australia beginning Saturday. 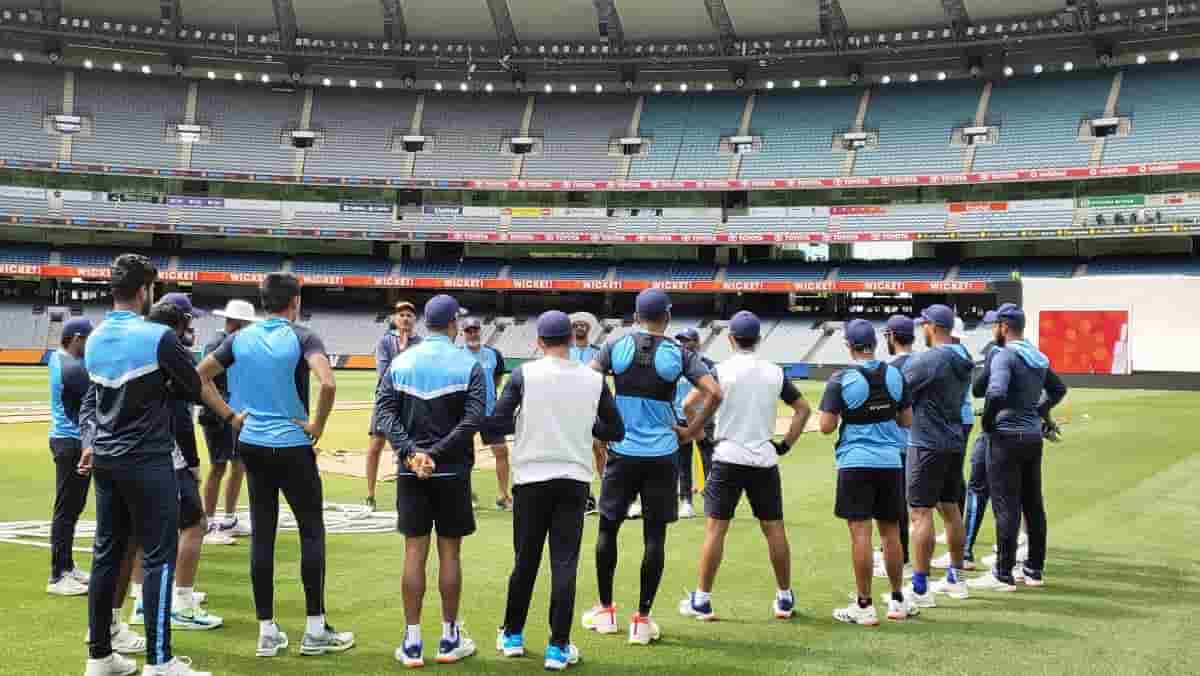 On Wednesday, the official handle of the Board of Control for Cricket in India (BCCI) tweeted images of the team practising at the Melbourne Cricket Ground.

"We are in Melbourne and now as the red-ball Tests start, it is time to regroup," BCCI wrote along with the photographs.

We are in Melbourne and now as the red-ball Tests start, it is time to regroup. #TeamIndia pic.twitter.com/aYGi2GHeta

They also put up a 28-second long video of batsman Shubman Gill training in the nets. "Easy on the eye. Nice and clean from Shubman Gill," BCCI wrote along with the video.

India suffered an emphatic eight-wicket loss in the first pink-ball Test at the Adelaide Oval, a match which saw the Indian team getting bundled out for a mere 36 in their second innings - India's lowest Test inning total in history.

In the remaining three Tests, the visitors will be without the services of Virat Kohli and Mohammad Shami. While Kohli has been granted paternity leave, Shami has suffered from a fracture in his forearm and subsequently ruled out of the remainder of the Test series.

In Kohli's absence, Ajinkya Rahane will lead the side and will have an uphill task of making a comeback.

Australia off-spinner Nathan Lyon, however, believes that despite Kohli's absence, India will fare better as they have many world-class players.

"(They) Will be able to hang in. It won't be that bit difficult. You look at the quality of the players in the Indian side. They have got some absolutely world-class players. It was one of those days when nothing went right for them and everything went right for us. We have all had them. It is part of cricket," said Lyon on Wednesday.

"We expect them to come out firing and not having any scars from the other day. Cricket is a new game, new day. We can't look back expecting we are going to bowl them out for 50 again. So we have to go we are preparing well again just like Indians are. I think they will come out firing," he added.