India fell to the lowest-ever innings total in their 82-year Test cricket history as they ended at 36 for nine in their second innings against an inspired Australia in the first Test match at the Adelaide Oval here on Saturday. India's worst Test innings total before this was 42 against Mike Denness's England at Lord's in 1974. 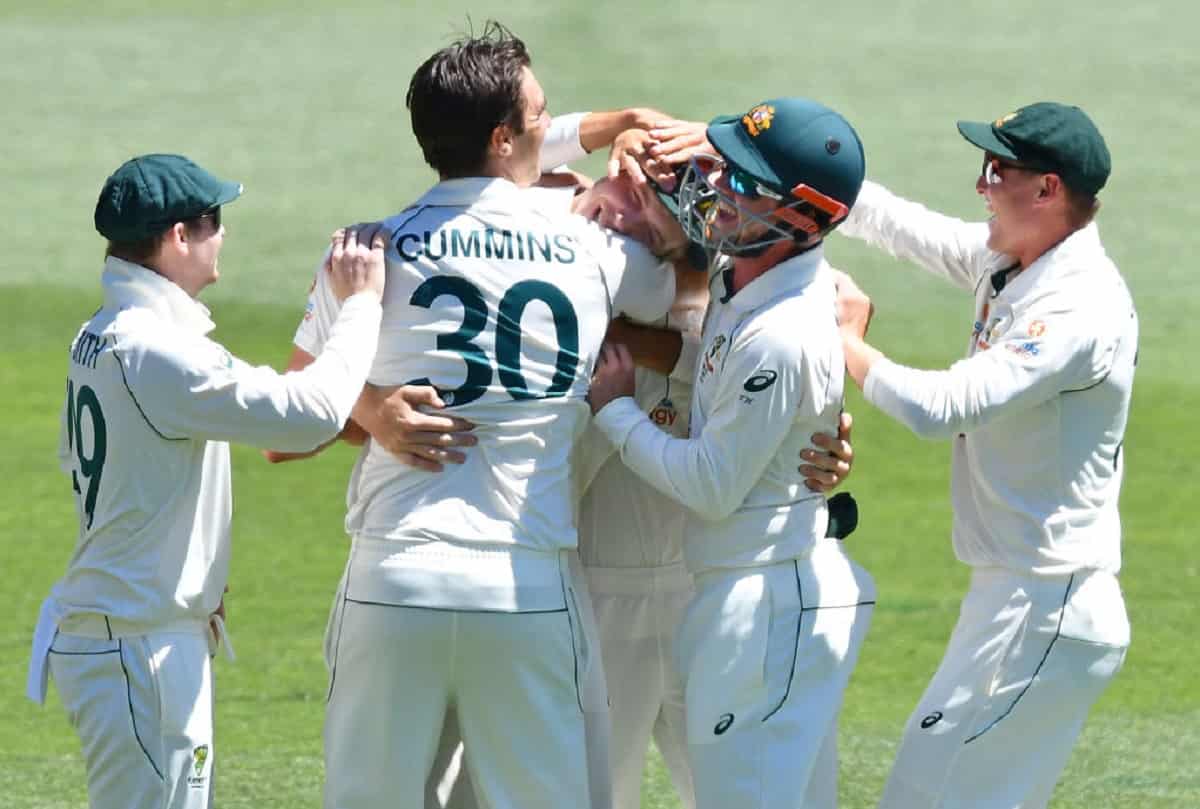 Mohammed Shami, the No. 11 batsmen, retired hurt and could not bat.

Australia now needs 90 runs to win the first Test and take 1-0 after India had taken a 53-run lead in the first innings.

India, who began at the overnight score of nine for one, had a nightmarish start when they lost four wickets at the team total of 15 and then four runs later at 19 lost their sixth wicket in the form of skipper Virat Kohli.

They then lost Wriddhiman Saha and R Ashwin on successive deliveries to be 26 for eight. Hanuma Vihari then scored a four and got a single to get India clear of the three lowest scores in Test history, 26 by New Zealand and 30 twice by South Africa.

However, Vihari fell as the ninth batsman at the team score of 31.

Earlier, India lost four wickets fell on 15. Overnight batsman Jasprit Bumrah, who had walked in as nightwatchman on Friday was caught and bowled by Pat Cummins off a change of pace. Then Cheteshwar Pujara was caught behind off Cummins's delivery that moved just a bit as the India No. 3 fell for an eight-ball duck.

Josh Hazlewood then got two wickets in one over as he removed opener Mayank Agarwal, getting him caught behind off his first ball, and followed it up with the wicket of Ajinkya Rahane, who was also caught behind for a four-ball duck.

Skipper Virat Kohli got a four towards the third man but was soon after caught at gully by Cameron Green off Cummins.

They were 26 for eight at the drinks break.

At the score of 26, they lost Wriddhiman Saha, caught at short midwicket, and R Ashwin who was caught behind to be eight down for 26.

Australia and South Africa also have scored 36 before. However, barring New Zealand's 26, which happened in 1955, the rest of the lowest totals mentioned above happened prior to the Second World War.