Ajinkya Rahane is brave, smart, calm, and has the respect of his team, former Australia skipper Ian Chappell has said while praising India's stand-in Test captain. 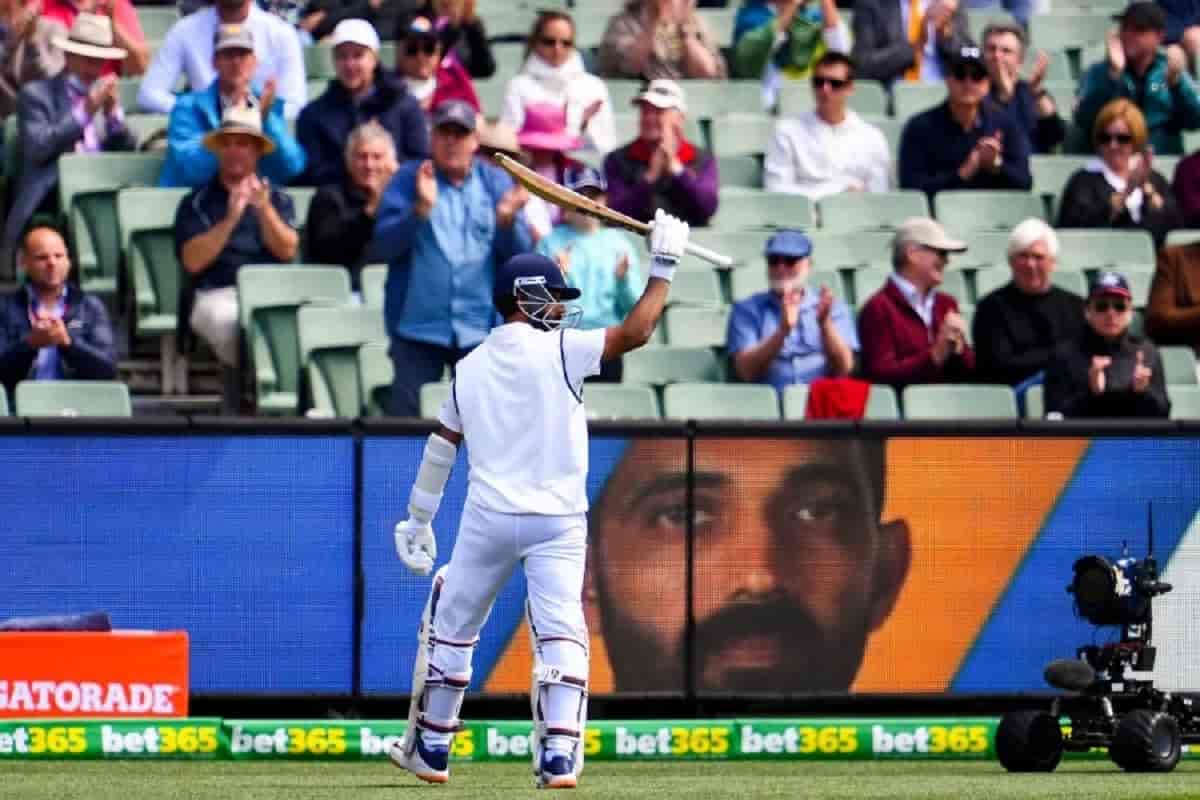 India registered an emphatic eight-wicket win over Australia in the second Test of the ongoing four-match series, days after suffering a humiliating loss at the Adelaide when the team got bundled out for a mere 36 at the Adelaide Oval.

The win in the Boxing Day Test at the Melbourne Cricket Ground was also remarkable considering India were without their talismanic batsman Virat Kohli and ace pacers Ishant Sharma and Mohammad Shami.

Before the MCG Test, Rahane had led India twice and had registered wins on both occasions.

"It was no surprise that Ajinkya Rahane captained India flawlessly at the MCG; anyone who saw him in charge in Dharamsala in 2017 would have recognized a man born to lead cricket teams," Chappell wrote in a column for ESPNcricinfo.

"There were a lot of similarities between that 2017 match and the one at the MCG. Firstly it was between the same two highly competitive rivals, then there was the valuable first-innings lower-order contribution from Ravindra Jadeja, and finally Rahane aggressively accumulating the required runs in a nervy pursuit of a moderate victory total," Chappell wrote.

Rahane scored a brilliant century in the first innings of the MCG Test and then scored unbeaten 27 as India chased down the 70-run target with eight wickets in hand.

"...That's part of Rahane's success as a skipper: he's brave and smart. However, there's much more to his leadership than just those two important qualities. He is calm when things could easily get out of hand," Chappell said.

"He has earned the respect of his team-mates, one of the most important aspects of good captaincy. And he gets runs when they are needed, which adds to the respect his team has for him," he added.

The 77-year-old, who played 75 Tests for Australia, further said India knew that one man couldn't replicate the "supreme deeds" of Kohli and it was going to take an extra effort from all concerned to overcome his absence.

"There was Jasprit Bumrah, excelling as usual at the MCG, ambushing batsmen regularly. R Ashwin, with his new-found confidence in Australian conditions, exerted his influence over (Steve) Smith, a vital early wicket that further boosted India's confidence. Inspired by the seniors, the debutants, Shubman Gill and Mohammed Siraj, made significant contributions as they adjusted quickly to Australian conditions," said Chappell.

"Despite those valuable performances, the one that turned the match firmly in India's favour was the Johnny Mullagh medal-winning contribution from Rahane. The captain's century came at a time when India could easily have faded to a two-nil deficit, and it was this performance that gave his team the conviction that victory was attainable," he added.

Chappell stated that Rahane's captaincy is all about the team.

"At a time when aggressive, proactive international captaincy is in short supply, India are fortunate to have two leaders who both understand the value of taking wickets over containing the opposition."

"He is a very shrewd leader, he has a good understanding of the game and is a good reader of the game," Shastri had said. "Virat is very passionate while Ajinkya on the other hand is very calm and composed. It is their characters... Virat is more in your face while Rahane is prepared to sit back in a very calm and composed manner but deep inside he knows what he wants," he had added.

The four-match series is currently tied at 1-1 with the third Test slated to begin from Thursday at the Sydney Cricket Ground (SCG). And Chappell believes India have fewer selection headaches than Australia for the remaining two matches.

"This tantalising series is far from over. India still have concerns with yet another fast-bowling injury and an opening batsman in a quandary. However, despite coming off a disastrous collapse in Adelaide, along with the departure of their best batsman and the loss of two leading fast bowlers, India have fewer selection headaches than Australia," said Chappell.

"It's helpful that they have a strong, calm leader and a vibrant spirit that has built up under the Kohli-Rahane-Ravi Shastri coalition. If India do go on to repeat their last tour's success in Australia, the Mullagh medal won't be the only gong Rahane receives," he added.