AUS vs IND: Shardul Thakur And Sundar Turns The Table For India, Kangaroos On A Lead Of 54 Runs

A brilliant batting partnership between Shardul Thakur and Washington Sundar on Sunday made sure India remained in the game after the end of Day Three of the fourth and final Test against Australia at The Gabba. AUS vs IND LIVE Scorecard 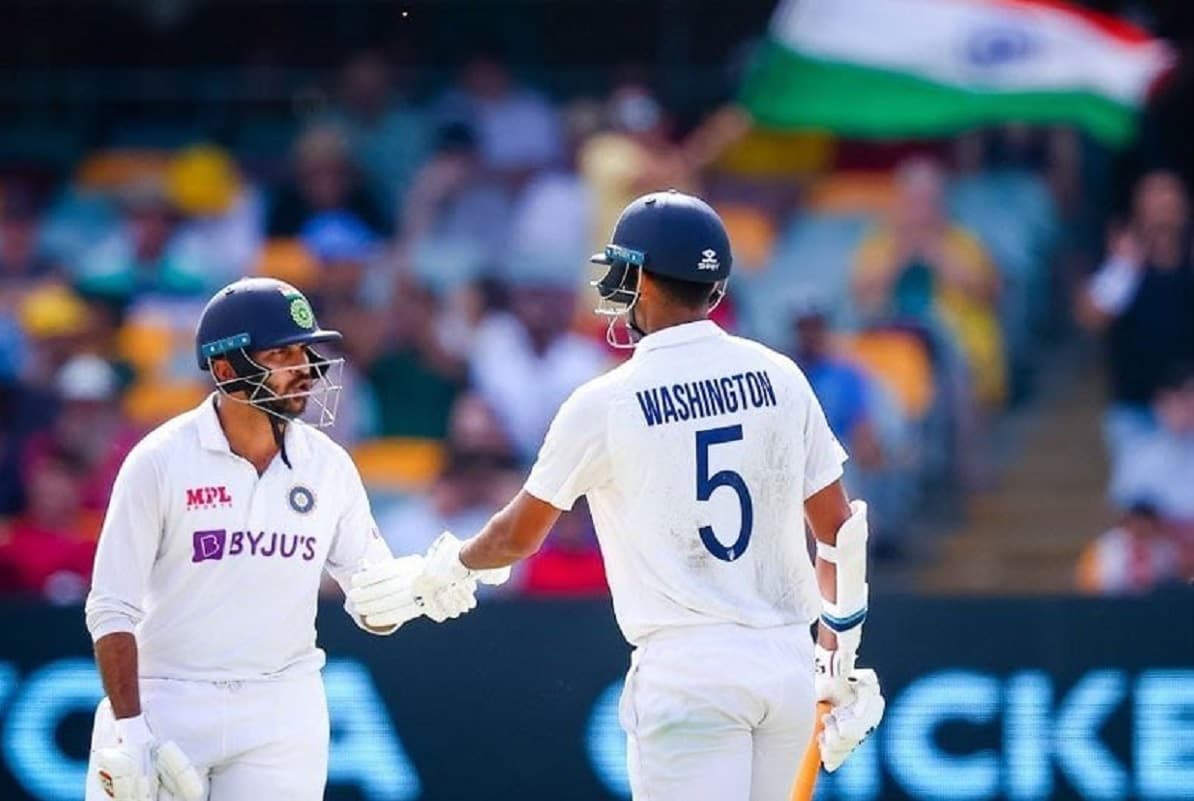 Thakur and Sundar shared a 123-run partnership for the seventh wicket which helped India concede a lead of just 33, which at one stage looked like to be in excess of 150.

India got bundled out for 336 in their first innings, riding on brilliant, maiden half centuries from the two young bowlers.

Australia, who had scored 369 in their first innings, then ended the day reaching 21/0 in their second innings. Openers David Warner and Marcus Harris remained unbeaten on 20 and 1 respectively, helping Australia swell their lead to 54.

Earlier, Resuming the day at 62/2, India lost Cheteshwar Pujara and skipper Ajinkya Rahane in the morning session. Pujara was the first to go as he edged one to wicketkeeper Tim Paine off the bowling of Josh Hazlewood for 25 with the team's score on 105.

Rahane followed, edging one to fourth slip off Mitchell Starc for 37 with the team score on 144.