Stand-in captain Ajinkya Rahane led India to a dominant eight-wicket win over Australia in the second Test Tuesday, levelling the series 1-1 and capping an extraordinary turnaround after their record collapse in the opening game. 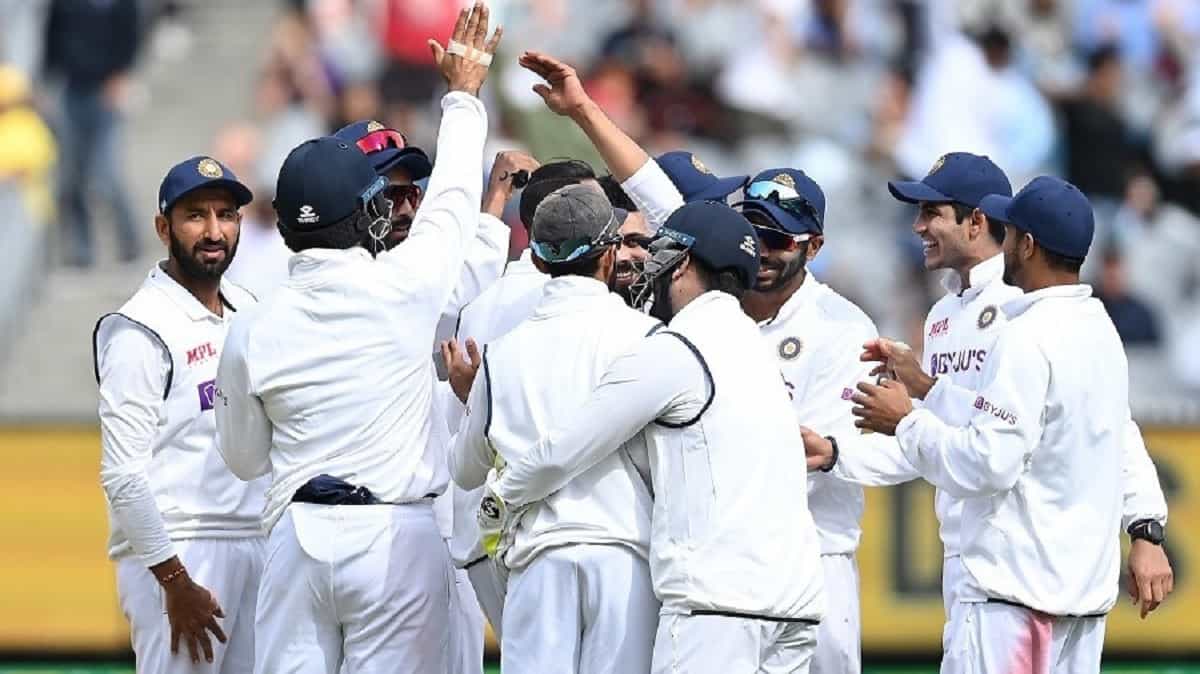 Rahane, deputising during Virat Kohli's paternity leave, hit an unbeaten 27 in Melbourne -- after a century in the first innings -- as India reached the meagre target of 70 for the loss of two wickets.

It capped a remarkable comeback for an Indian team desperate to make amends after losing in Adelaide by eight wickets, when they posted their lowest ever score of 36 and were widely criticised at home.

And they bounced back without superstar and batting maintstay Kohli, who has returned home for the birth of his first child.

Under the mild-mannered Rahane, they battled hard to dismiss Australia for 195 in the first innings and then posted 326 in reply.

Australia resumed their second innings on day four on 133 for six with a two-run lead, and their hopes resting on 21-year-old rookie all-rounder Cameron Green.

He made 45 as they battled to 200 before tail-ender Josh Hazlewood was the last man to fall before lunch.

Rahane and another impressive debutant, Shubman Gill (35) then saw India home, but not before some nervous moments.

Mitchell Starc got a nick from the out-of-form Mayank Agarwal (5), which Tim Paine caught, then Pat Cummins snared Cheteshwar Pujara for three, edged to Green at gully.

It left India on 19 for two before they regained their composure to seal the win.

Australia collapsed to 99 for six in the run chase on Monday before Green and Cummins knuckled down to weather 18 overs and steer them to stumps.

Green, who has been on fire with the bat in the domestic Sheffield Shield this season, showed glimpses of his magic, cutting Ashwin and driving Bumrah beautifully for fours, while also exhibiting patience.

But Green, in only his second Test, was undone by Siraj, caught by Jadeja as he looked to find the boundary with a pull shot, ending a 146-ball stay.

Cummins survived chances on 15 and 19, but when Bumrah took the new ball and found more swing and bounce he finally fell, gloving a rising delivery to Agarwal to end a battling 57-run partnership with Green.

Starc was unbeaten on 14 with Nathan Lyon caught behind off Siraj for three, and Hazlewood making 10.

Australia's hopes rested with the tail-enders after their top order failed to fire, exposing the fragile nature of their batting in the absence of the injured David Warner.

Opener Joe Burns again flopped, out for four, to put his place in the team for the third Test next week at serious risk, while Travis Head (17) also disappointed and Steve Smith's poor run continued, gone for eight.

Their troubles came despite India being a bowler down following Umesh Yadav's calf strain on Monday, a further setback for a team already missing injured regulars Mohammed Shami and Ishant Sharma.

Despite this, India's attack rose to the occasion, with Bumrah at the top of his game and young paceman Siraj impressing, while experienced spinners Jadeja and Ashwin consistently posed problems.

Bumrah took 4-46 in Australia's first innings and Ashwin 3-35, but it was Rahane's gritty 112 that ultimately proved match-winning.

He came to the crease with his team in trouble at 64 for three and, against one of the world's most potent bowling attacks, reached a 12th Test century, one that pundits rated as perhaps his most important ever.

The third Test is due to start on January 7 in Sydney.