The Indian team, led by Ajinkya Rahane the batsman, has put a stronghold on the second test at the end of Day 2 at Melbourne on Sunday. 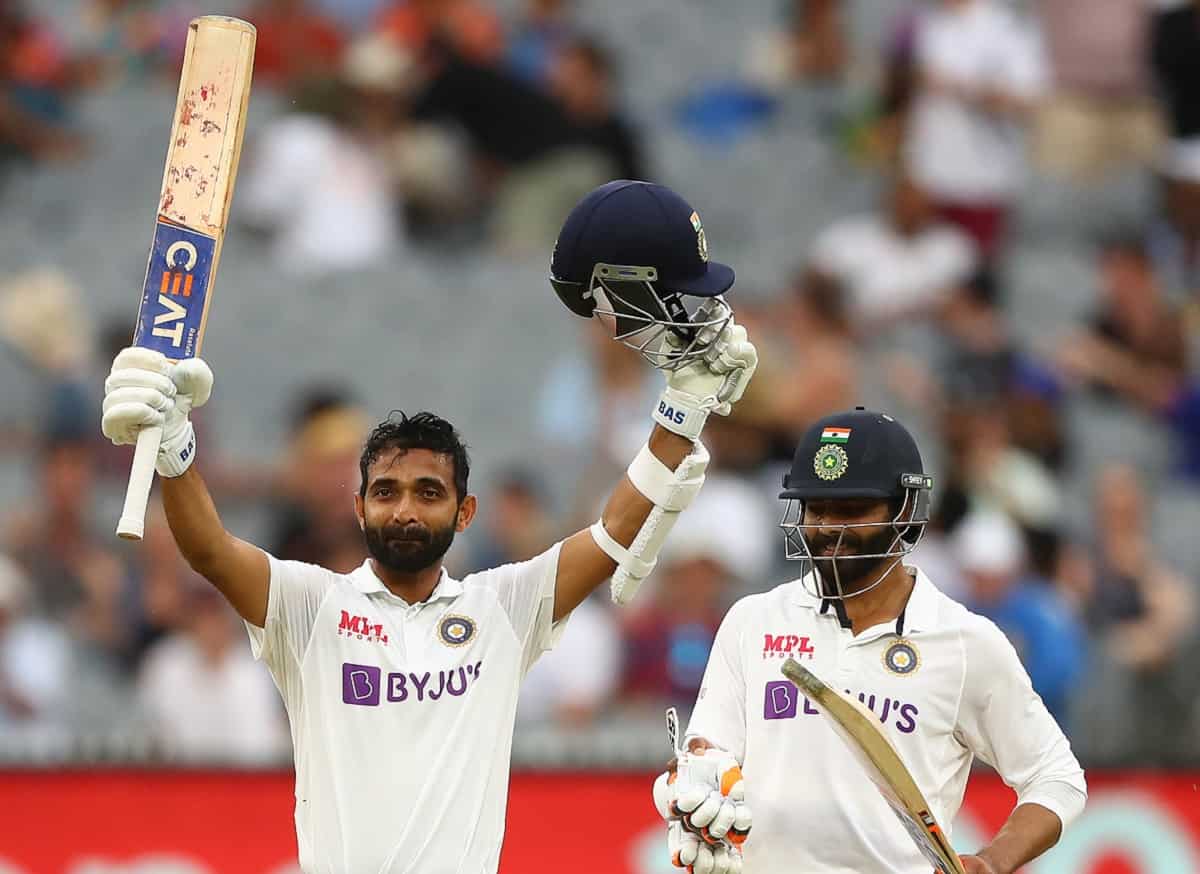 Captain Rahane finished the day on 104* alongside side comeback man Ravindra Jadeja with a strong lead of 82 runs to build on. The two have been the best batting pair so far for India with an unbeaten partnership of 104.

India started the day with an overnight score of 36/1 with debutant Shubman Gill and Cheteshwar Pujara at the crease. Both continued to look strong at the crease with a bit of luck with them. Both Gill and Pujara edged and missed a few in a fine opening spell from Pat Cummins in the first session.

However, Gill's resilience finally came to an end when he greedily agreed to drive a ball and edged the ball to Tim Paine. Pujara followed him in the next over of Pat Cummins.

Captain Ajinkya Rahane and Hanuma Vihari made sure India doesn't lose wickets in bulk, as often seen in this series. Vihari did the hard work for his 66-ball-21 but got out trying sweeping a top spinner from Nathan Lyon.

Rishabh Pant came to the crease with positive intent and struck three boundaries but more importantly brought the momentum back to India's favor. Rahane, too, started to play his shots during their 57 runs partnership.

Ravindra Jadeja and Ajinkya Rahane, in the final session of the day, looked to mix their aggression with top defensive skills as India took the lead. Steve Smith dropped Rahane at slips in the first over bowled from the second new ball by Starc.

Rahane eventually became the first centurion of this series as he reached his 12th century in test cricket with a boundary.

More to the frustration of Australia and Mitchell Starc, the Indian captain was dropped again by Travis Head on 104 on the last ball of the day. Summing up the day for Australia.