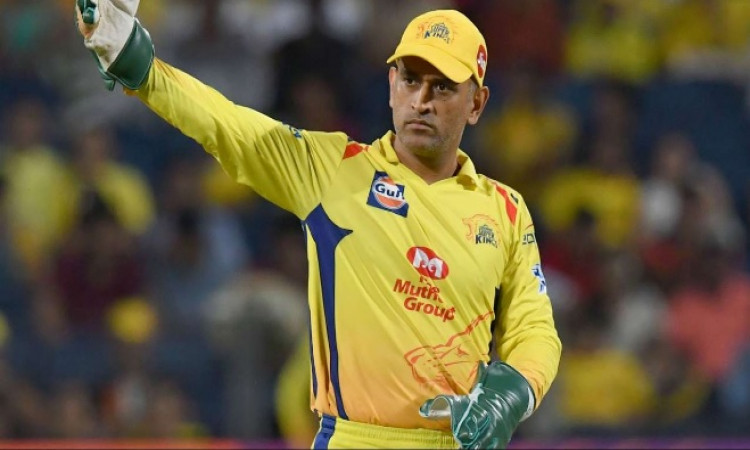 May 12 (CRICKETNMORE) The only time MS Dhoni did not play in Chennai Super Kings (CSK) colours in the Indian Premier League (IPL) was the two years they were banned. While Dhoni helped in building one of the most consistent and successful T20 franchises in the world, he has admitted on numerous occasions that the move to Chennai was an important pit-stop in his career too.

CSK are chasing a record fourth title and face Mumbai Indians (MI) in the final on Sunday.

Hours before the big match, Richard Madley, who was auctioneer for the first 10 IPL seasons, tweeted an image of the auction sheet for IPL 2008 when Dhoni was sold to CSK for $1.5 million.

"Just found my one and only auction sheet for the historic first ever #VIVOIPL auction in 2008. @msdhoni sold to @ChennaiIPL. A rare piece of cricket memorabilia (sic.)," Madley wrote in his tweet.

Also on the sheet were details of Adam Gilchrist's sale to the now-defunct Deccan Chargers, Shoaib Akhtar to Kolkata Knight Riders, Mahela Jayawardene to Kings XI Punjab and Muttiah Muralitharan to CSK.

He went on to say in the replies section that the first IPL auction was a ground breaker and that selling Dhoni was a "career highlight."

CSK are facing MI for the fourth time in the IPL final that will be played in Hyderabad. The latter have the better record in previous encounters between the two sides in a title clash with MI winning two of these contests.

With three titles each, both sides are the most succesfull teams in the history of the tournament. MI are the only team CSK haven't been able to beat this season.