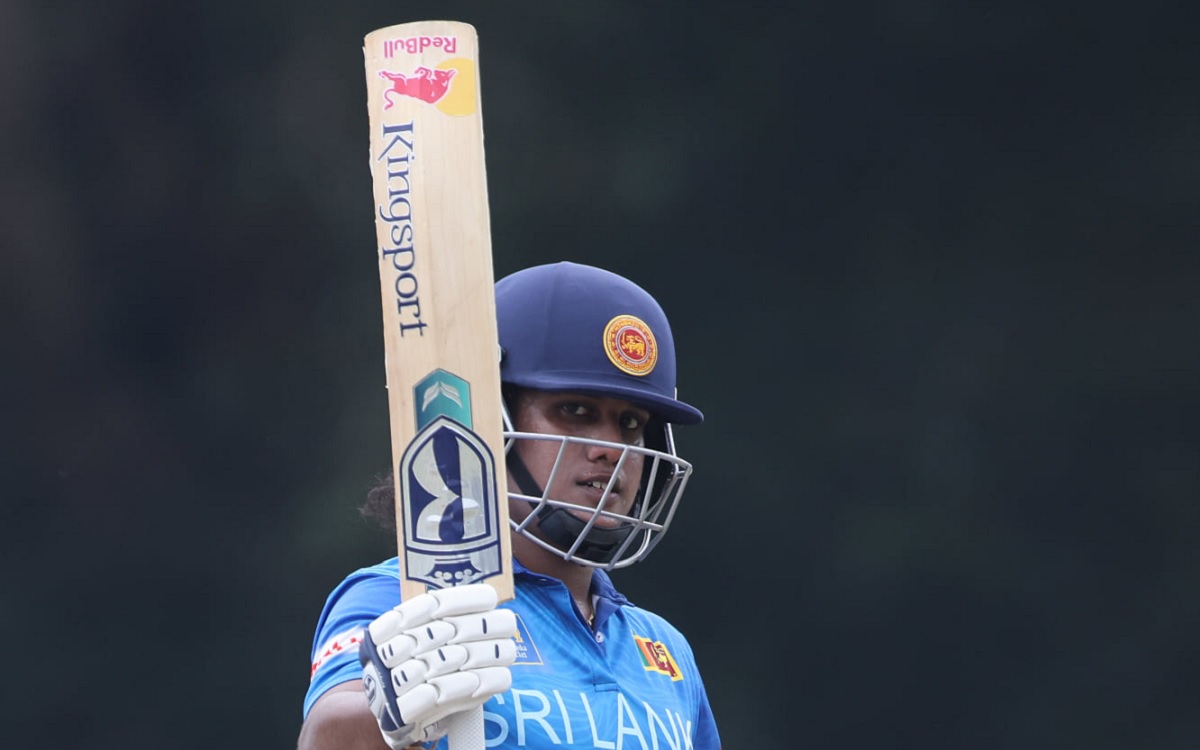 Sri Lanka's spinners restricted Kenya to 87/6 before captain Chamari Athapaththu struck 57 off just 29 balls to lead Sri Lanka to a nine-wicket win on day three of the ICC Commonwealth Games Qualifier 2022 at the Kinrara Oval in Kuala Lumpur.

Sri Lanka won the toss and chose to bowl in a match they dominated virtually throughout even though their bowlers got off to a shaky start, conceding seven wides in the first three overs.

Their infielders were just as sharp as in the first game against Scotland that they won by 109 runs. Kavisha Dilhari's direct hit sent opener Mary Mwangi back to the dugout before Kenya captain Margaret Ngoche was trapped in front by Inoka Ranaweera.

Kavisha Dilhari was introduced into the attack in the eighth over, bowling a maiden, which included the run out of Sharon Juma. This brought Sarah Bhakita to the crease. The powerful right-hander wasted no time, pulling a delivery into deep mid-wicket for four before she launched Ranaweera over her head for six.

Not to be left behind, opener Queentor Abel drove Dilhari against the spin and through the covers for two boundaries in the 14th over. Athapaththu, with her right-arm medium pace, broke the 45-run partnership between Abel and Bhakita, trapping the former in front with the score on 71 after 16 overs.

Bhakita departed soon after, miscuing a Dilhari delivery into the hands of Ama Kanchana at mid-wicket. Sri Lanka only conceded nine runs in the final three overs to restrict the East Africans to 87/6.

In reply, Sri Lanka were in an aggressive mood right from the first over. Vishmi Gunaratne lofted Lavendah Idambo over mid-on for her first boundary of a run-a-ball knock of 26. Mercyline Ochieng came in for some treatment in the second over as Athapaththu cleared the off side circle twice for a pair of boundaries to get her innings going.

Things would go from bad to worse for Kenya who were helpless in the face of the assault from Athapaththu, who had struck 86 off 45 in Sri Lanka's earlier win over Scotland. The left-hander flicked Mwangi off her pads for her first of three maximums, taking 16 off the final over of a Powerplay, which yielded 57 runs.

Two overs later, Sarah Bhakita was carted over her head for six by the Sri Lankan skipper before she was swept over the deep mid-wicket boundary off the very next delivery. With five runs required for victory, Athapaththu was stumped off the bowling of a jubilant Esther Wachira. But Sri Lanka had no issues hunting down what remained of the target, winning with 63 balls to spare.

Player of the Match: Chamari Athapaththu.