At times you must wipe off failure to move on,says Ben Stokes 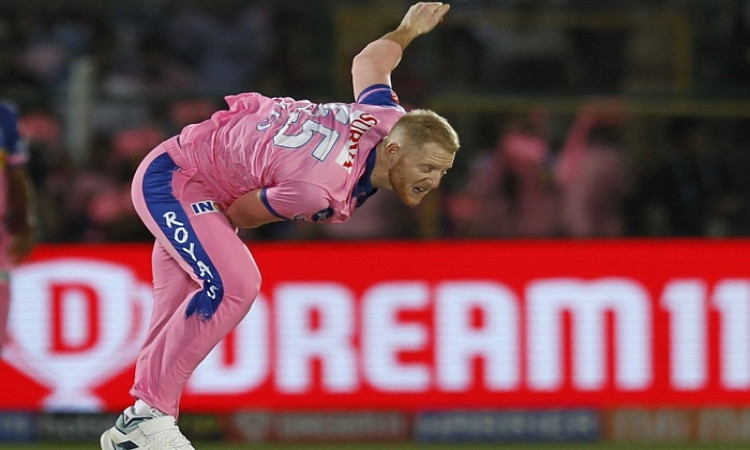 New Delhi, April 24 (CRICKETNMORE):  Rajasthan Royals all-rounder Ben Stokes took the Indian Premier League by storm in 2017 as he finished his debut season in the cash-rich league with 316 runs and 12 wickets from 12 games. However, post the high of that opening season, the Englishman struggled in 2018. And even this year, he has managed to score just 112 runs and picked six wickets from 8 games. But for the all-rounder, it is more important to move on, be the past bright or gloomy.

Speaking to IANS, Stokes spoke about how the Royals have failed to be consistent, the infamous eMankad' episode, his own form this season as also what it takes to be one of the best all-rounders in world cricket and the way he looks to manage his workload.

Also Read: Would've been dropped by now in other teams,says Shane Watson

Stokes has himself had a rough ride, but the all-rounder feels that it comes with playing sport as ups and downs are a part and parcel of a cricketer's life.

"I think everybody would want to be consistent, but you take it as it comes. Everyone wants to go out and do their best every time, but sometimes it doesn't come off and you just wipe out that part. Also, if you do well, you can't live off that," he smiled.

As one of the best all-rounders in world cricket at present, Stoke has to work on both his batting and bowling skills day-in and day-out. While he does admit that it is taxing, the 27-year-old also says that he loves his job and wouldn't change a thing.

"It is tough as you got to go into training sessions knowing that you have your bowling workload as well as your batting workload. But you get used to it after so many years. But the harsh thing about the IPL is the number of games you play in such a short span of time and with all the travel involved. Also, you have to be mindful of the workload because you don't want to overdo it and then injure yourself when you have had a 9 hour travel or things like that. It is taxing, but I wouldn't want to change anything about what I do," he pointed.

Royals ambassador Shane Warner believes that Stokes is a champion player. Going back to last season when the former spinner was mentor of the team and spent quality time with the boys, Stokes said that the Australian's passion for the game stands out.

"I knew Shane before from being a commentator and all, but last year I got to spend time with him on a consistent basis every day and it was amazing to see someone who had such a successful cricket career to still be so passionate about the game. He gets emotional and he wants Royals to do well and lift trophies. His attachment really inspired me. To see a legend mingle with us like that. It did us a world of good to have him with the team last time round," he said.