London, July 16:  Ashley Giles, Director of England Cricket, is not concerned about the furore regarding the extra run which was awarded to Eoin Morgan's men when a throw struck Ben Stokes' bat during the summit clash of the 2019 World Cup at Lord's. 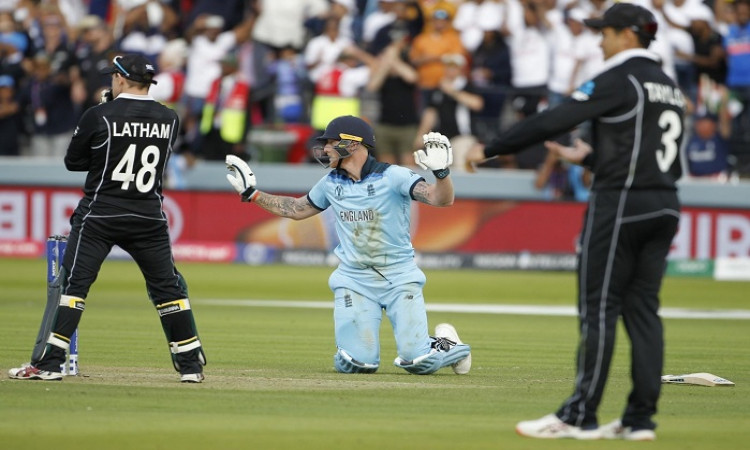 During the final over in England's chase of 241 on Sunday, Stokes accidentally knocked the ball coming in from deep midwicket fielder and deflected it off to the third man boundary, while attempting to dive for his crease with an outstretched bat in a bid to complete his second run.

After consultation with Marais Erasmus and the rest of his umpiring colleagues, Kumar Dharmasena signalled six runs for the incident.

"Not really," BBC Sport quoted Giles as saying when asked if the controversy mattered to him.

"You could argue the last ball that (Trent) Boult bowled was a full toss on leg stump and if Stokes hadn't just been looking for two he probably would've banged it out of the ground anyway.

"We are world champions; we have got the trophy and we intend to keep it," he added.

Former international umpire Simon Taufel said that the umpires made a mistake while awarding six runs to England, instead of five.

"They (England) should have been awarded five runs, not six," Taufel told foxsports.com.au. "It's a clear mistake. It's an error of judgment," he added.

However, the ICC said the umpires took decisions on the field based on their interpretation of the rules, and the cricket body did not comment on the episode.

According to MCC law 19.8 pertaining to 'overthrow or wilful act of fielder': "If the boundary results from an overthrow or from the wilful act of a fielder, the runs scored shall be any runs for penalties awarded to either side, and the allowance for the boundary, and the runs completed by the batsmen, together with the run in progress if they had already crossed at the instant of the throw or act."