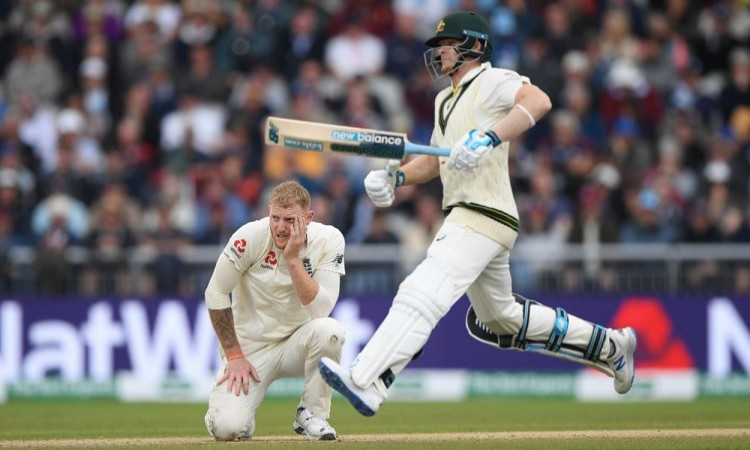 Sep 5 (CRICKETNMORE) Days after overtaking Virat Kohli as the number one ranked Test batsman, Steve Smith produced another batting master-class to rack up his 26th hundred in the longest format as Australia rode his heroics to reach 245/5 at lunch on Day 2 of the rain-affected fourth Ashes rubber on Thursday.

Smith raised his bat as his teammates from the dressing room applauded in a fashion which showed the inevitability of yet another landmark from this run-machine who returned to the team on the back of a concussion injury.

Skipper Tim Paine was batting with him on nine from 31 balls.

A light drizzle once again played spoilsport in the first session, but it was for a short while as the packed crowd at Old Trafford were treated to another Smith special.

Overnight batter Travis Head was the first wicket for England as Stuart Broad (3/47) trapped him in front.

Mathew Wade (16) played a poor shot to be caught at mid-on by England captain Joe Root. But Smith, at the other end, was batting at another level as he negotiated left-arm spinner Jack Leach's spinning deliveries well and showed superb technique against Broad and Overton to work his way through.