Ashes: Smith fifty propels Australia to 147/4 at tea on Day 2 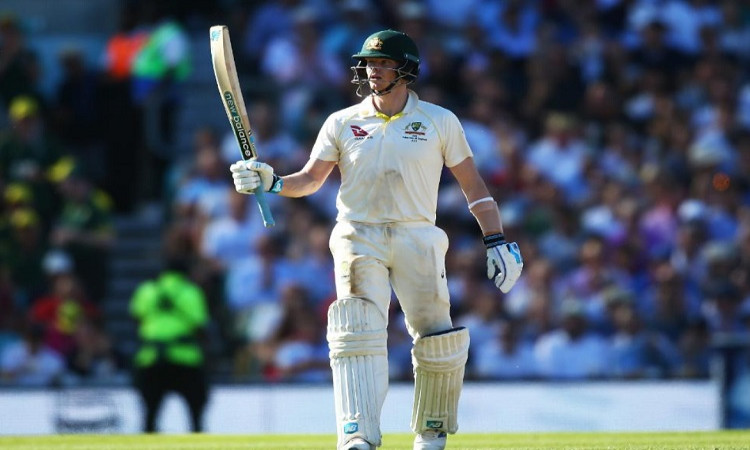 Sep 13 (CRICKETNMORE) Steve Smith brought up his tenth consecutive Ashes fifty and remained unbeaten on 59 as Australia reached 147/4 at tea on Day 2 of the fifth and final Ashes Test at The Oval on Friday.

Smith, who slammed 211 in the last test to help Australia retain the Ashes and go 2-1 up, hit Jack Leach for a four to bring up his half century in 91 balls, becoming the player with the most successive 50-plus scores against a single opponent.

Marnus Labuschagne missed out on a half century as he was dismissed for 48 just after lunch. Smith and Labuschagne shared a 69-run stand for the third wicket before Jofra Archer trapped the batsman in front. Labuschagne faced 84 deliveries and his innings was laced with 10 fours.

Archer was the pick of the bowlers for the hosts taking all three wickets but he could not get one over Smith as the former Aussie captain continued to bat in a league of his own.

Earlier, David Warner failed once again, as Archer had the out of sorts southpaw caught behind by Jonny Bairstow for just five.

Marcus Harris too was dismissed for three after he edged Archer to Ben Stokes at second slip, leaving Australia reeling at 14/2.

Labuschagne and Smith then joined hands to steady the ship.

Leach (21) was clean bowled by Marsh who finished with career best Test figures of 5/46, playing his first Test in the series.

Australia have already retained the Ashes after winning the fourth Test and now lead the five-match series 2-1.