Former Australia captain Ricky Ponting on Saturday questioned England opener Rory Burns's commitment to the team, saying he should have at least made a diving attempt to save his wicket on the second day of the fifth and final Ashes Test at the Bellerive Oval here on Saturday. 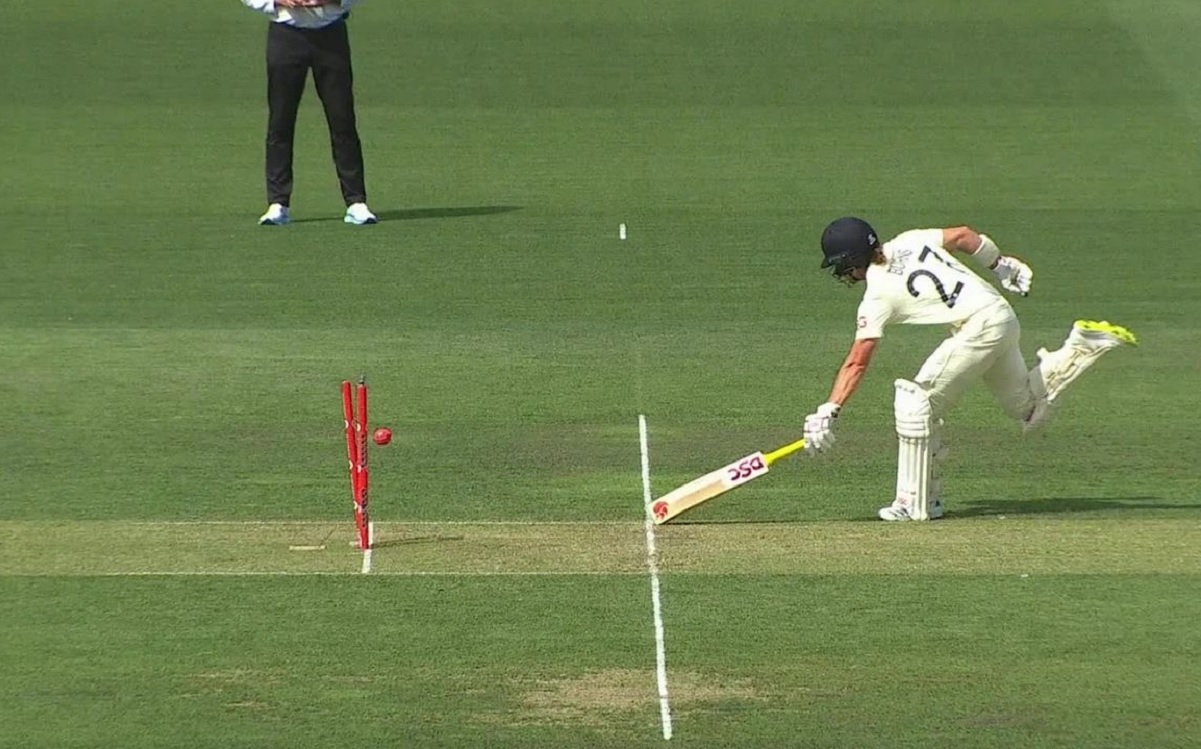 Burns, returning to the side after being dropped for the third and fourth Tests at the MCG and Sydney respectively, stayed at the crease for just 1.4 overs with Marnus Labuschagne nailing a direct hit at the striker's end to get rid of the opener.

Crawley had played a shot to the covers and called Burns for a quick single, but the 31-year-old was slow to respond and was run out for a duck.

England's innings got off to the worst possible start, with the tourists struggling for 34/2 in their first innings at dinner, trailing Australia by 269 runs on Day 2.

Burns has so far managed just 51 runs in four innings, including a golden duck to the first ball of the series.

"I want to make a bit of a point of this," Ponting said on 7cricket on Saturday. "There had to be more desperation there from Rory Burns. He's back into the side, fighting for his Test career, and he's not willing to put in a big dive to try and save his wicket.

"I know it's not his fault, not his call. But you can imagine Marnus Labuschagne in that same situation; he would have been diving from two or three yards out of the crease," added Ponting.

England great Alastair Cook too was harsh in his remarks for Burns, saying he wanted to see a "desperation" to win in the England side.

"The run, I actually think it was on, I genuinely think the run was on," said Cook on BT Sport. "You just see that little bit of lack of trust with the partnership being very new between those two, and Rory not going straight away. And I'd like to see a dive, the desperation of a guy coming back into the side. You're absolutely convinced that Warner, Labuschagne -- and I hate comparing England players to Australian players -- would have been full of dust just to make sure they were in.

"I think Burns thought he was going to get home, but it's a game of inches or centimetres, and I'd like to see desperation. I think there was a single there, albeit a very tight one," added Cook.