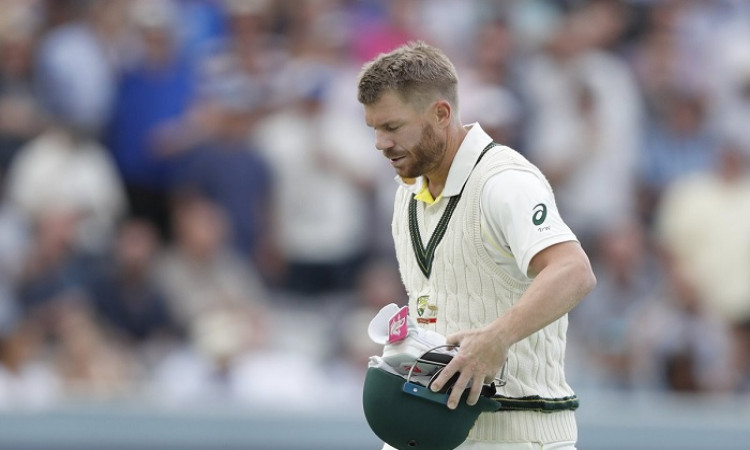 Manchester, Sep 9: Former Australia skipper Ricky Ponting has backed struggling opener David Warner to retain his position at Old Trafford. While Australia may have retained the Ashes with Warner taking a few stunners on the field, he has had a bit of a horror tour with the bat. England pacer Stuart Broad has tormented him and he has scored just 79 runs in eight innings.

But Ponting believes that Tim Paine, Justin Langer and Co. wouldn't be too keen on changing the team composition after their impressive win in Old Trafford. "Davey has obviously struggled but he's a quality player and if you looked at that, even if they were to leave him out of that game, he's going to start back in Australia anyway because his record in Australia is so good," the former Australian captain told cricket.com.au.

"I can't see them making any changes. They backed (Marcus) Harris in a couple of games for certain reasons so keep the group together and hopefully have some slight improvement in most of those players in the Oval Test."

The wicket of Craig Overton, the last England wicket to fall on Sunday, sparked wild celebrations from the Australians that continued well into the night in Manchester. Ponting however said that the team would now be keen to start focussing on the final Test at Oval.

"I think it's one thing to retain them, but it's a different thing to win them and I think that should be the focus now," Ponting cricket.com.au. "They need to focus on winning and not let England back into the series."

Ponting also believes that Australia's win at Old Trafford proves that there is no such thing as momentum in cricket. England were led to an unlikely win in the previus Test thanks to Ben Stokes' heroics which led to many saying that the momentum in the series may have shifted to the hosts after their defeat in the first Test and the draw in the second.

"One thing that's been proved for everybody and one thing I've always believed is there's no such thing as momentum in cricket. English players and fans, I'm sure, were coming away from Leeds talking about how they had all the momentum and how that was going to be a turning point in the series. I think that just goes to show you that's a load of rubbish. It's all about how you turn up and front up under pressure and Australia have handled the pressure better in this game than England have," he said.