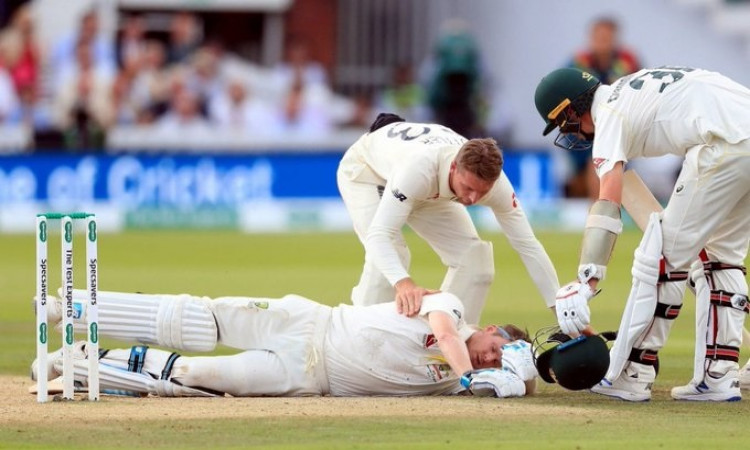 London, Aug 19:  England's Jofra Archer said that he did breath a sigh of relief when former Australia skipper Steve Smith got up after being hit on the neck by a bouncer bowled by the 24-year-old on Day 4 of the second Ashes Test at Lord's.

Archer clarified that hurting the batsman was never the idea. "It is never the plan. You are trying to get a wicket first. To see him go down, everyone stopped and everyone's heart skipped a beat," Archer said.

Archer lighted up Lord's on his Test debut with some hostile fast bowling. He took five wickets across two innings and peppered the Australian batsmen with short deliveries that clattered against their helmets and bodies. One of those forced Smith to retire hurt on Day 4 after the ball hit the prolific former Australian captain on the left side of his neck and he collapsed immediately.

Smith eventually managed to recover and walk off. While Archer earned praise from many quarters for his impact on the match and possibly the series, there were some who chastised him for not showing enough concern for Smith after the latter was on the ground.

"After he got up he was moving around and you breathe a sigh of relief. No one wants to see anyone getting carried off on a stretcher," Archer told BBC One before the start of play on Day 5. "It was a good challenge, a really good spell. For me, I wouldn't like to see it end like that."

Australian captain Tim Paine said that it is still too early to tell if Smith can take part in the third Test at Headingley that starts on Thursday.