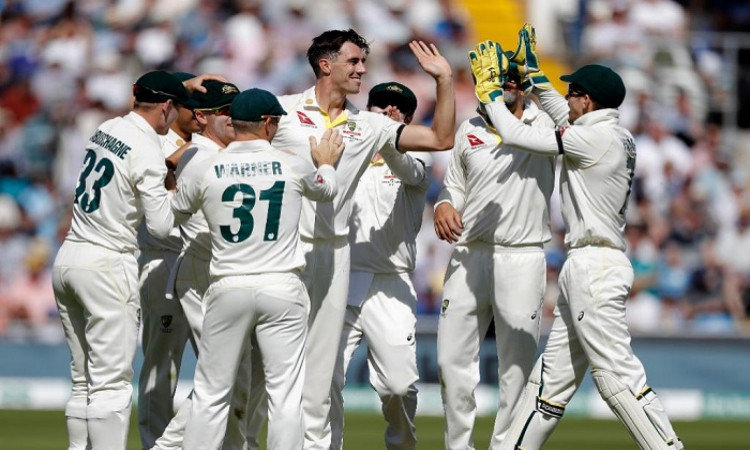 Leeds, Aug 23: It was expected to be the day when the English batsmen would build on the good work by young paceman Jofra Archer in the third Test of the Ashes at Headingley on Friday. But it wasn't too be as the Australians made a strong comeback in the first session to have the hosts tottering at 54/6 at Lunch. Josh Hazlewood and Pat Cummins were the stars of the show in the morning session.

At Lunch, England had Jos Buttler (4) and Chris Woakes (5) batting at the crease and looking to avoid further embarrassment after what was clearly a top-order collapse.

While Hazlewood finished the first session with figures of 3/26, Cummins picked one wicket. James Pattinson (2/9) too looked mighty impressive as the Australian bowlers looked to start aggressively after the batsmen managed to score just 179 in the first innings, thanks to Archer's figures of 6/45 on Thursday in overcast conditions.

Jason Roy (9) was the first batsman to go as he failed to reach double figures in what has been a pretty poor induction into Tests for the opener. It was a typical fast bowler's dismissal as the ball from Hazlewood pitched in line, moved just enough to take the edge of the drive and David Warner picked it up well at first slip.

Warner though wasn't done as he picked another brilliant catch when Hazlewood had Jonny Bairstow (4) walk back to the pavilion. It was almost a horizontal effort from the opener in the slip cordon. Having lost six wickets in the first session, England are definitely down if not out.