ASHES 2019: Buttler leads resistance as Aussies within 4 wickets of win

Manchester, Sep 8: Australia took two wickets in the second session of the final day of the fourth Test at Old Trafford as they moved within four wickets of winning the match and retaining the Ashes. Jos Buttler led the resistance for England with Craig Overton down the other end at Tea with England at 166/6. 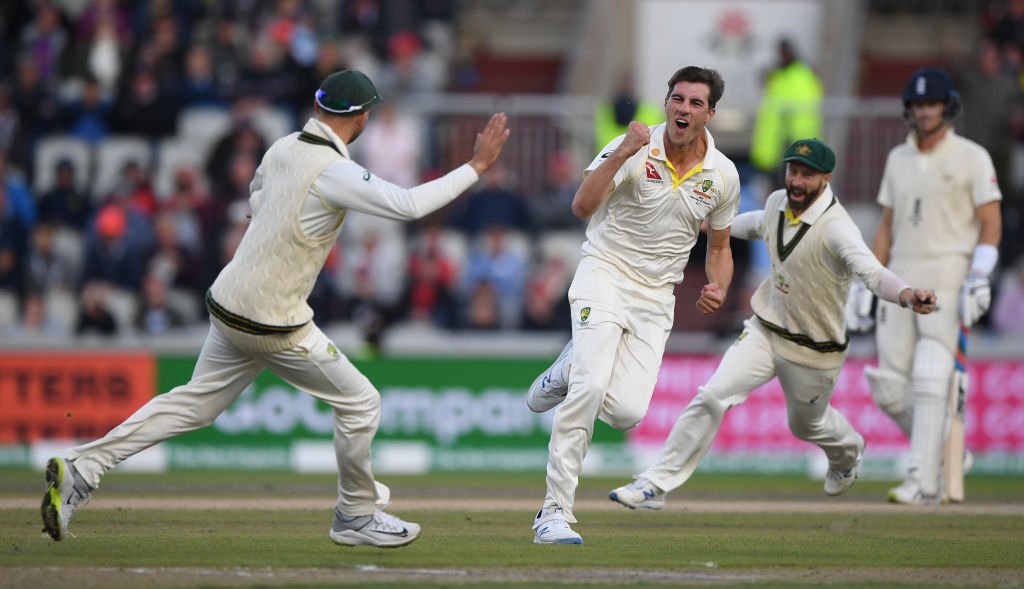 Joe Denly scored a resolute half century but his stay at the pitch did not last too long in the second session. Nathan Lyon managed to get extra bounce and Denly fended it off straight to short leg. His stay lasted 123 balls and he made 53 runs.

Jonny Bairstow and Buttler then stayed put for much of the second session. However, Bairstow became Mitchell Starc's first wicket of the innings and Australia were into the tail.

Pat Cummins, who took four wickets over the course of the final session of Day 4 and the first session of Day 5, was wicketless in second session and it looked like he had got one when the umpire gave Craig Overton out LBW off his bowling. Overton reviewed and the replays indicated that he may have got the bat on to it but the bat hitting the pad at the same time as the ball went past was causing problems for the third umpire. It was eventually decided as inconclusive evidence, only to emerge on ball tracking that the impact was significantly outside off stump.