London, Aug 9: Right-arm pacer Josh Hazlewood reckons in a bid to level the Ashes, England will be tempted to explore options that are in favour of the bowlers during the Lord's Test which in turn might just play into Australia's hands. 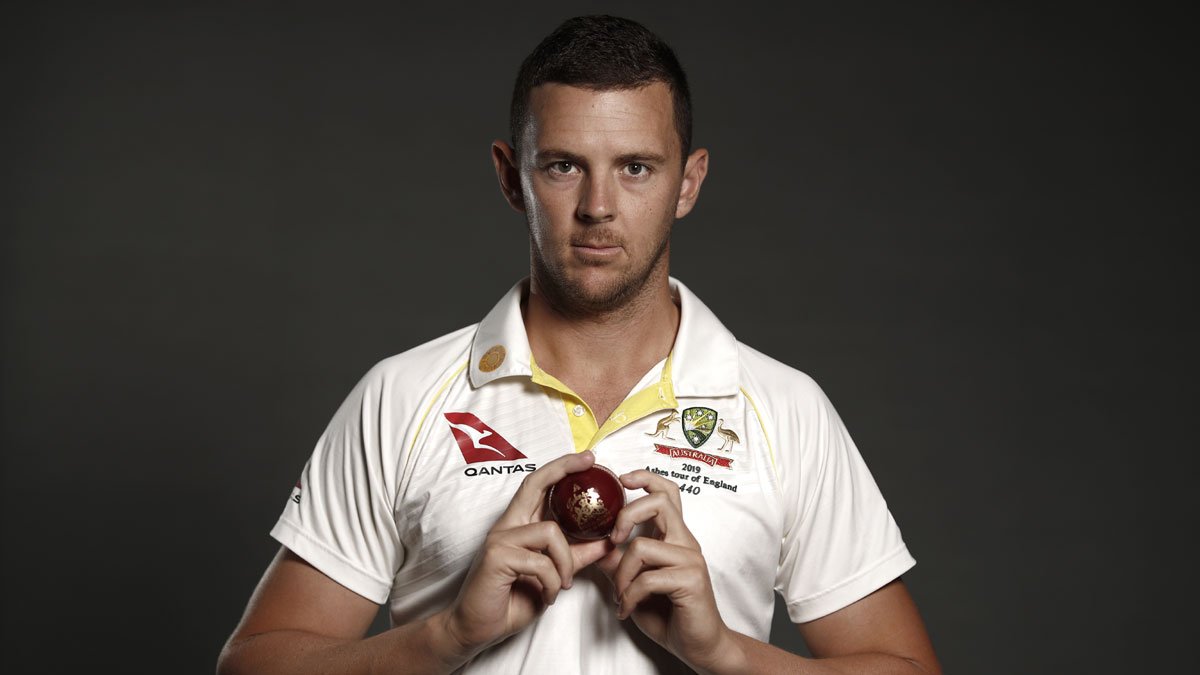 England, who lost the first Ashes Test by 251 runs at Edgbaston, would be desperate to make a comeback in the five-match series when the two teams meet at the Home of Cricket from August 14.

In the Edgbaston Test, Steve Smith proved to be England's nemesis as he scored hundred in both the innings and made sure Australia came from 122-8 in the first innings to register a big win in Birmingham.

Thus, England might be forced to provide pacer friendly conditions which, according to Hazlewood, can prove to be counter-productive for the hosts.

"I think there'll be a little bit more in it (at Lord's), but in saying that, probably their best exponent Jimmy's not going to play. So that might weigh up different options, but I think there'll be more in it, maybe just to try to get Smithy out," Hazlewood was quoted as saying by cricket.com.au.

"But him batting on those sort of tracks is very hard work. I think it suits us as much as them if there is more in the wicket, so we'll weigh it up," he added.

According to Hazlewood, the Australia selectors have covered all bases with the pace options they have picked for this series and would be ready to pace on any kind of wicket which will be on offer in the second Test.

"If it's a dry wicket where reverse swing might come into play, or it's a very flat, then someone like Mitch Starc can come into play," said Hazlewood.

"If it's nice and green and seaming around, then it's myself and Sidds (Peter Siddle). I think they (the selectors) have definitely gone a different way to 2015 and I think that's purely because of how tight the Tests are (scheduled).

"That's why we've got six (quicks) here and any one can do a job on any given day. We've got three guys with proper air speed and three guys who seam and swing a little bit. I think that's what they (selectors) have got six quicks for, to have all bases covered. And I guess it's just who's bowling best at that particular time leading into the Test, and who gets the nod. I think every quick really feels the pressure of the other five and vice versa, and its great competition to have in the squad," he added.

Tim Paine went in with the pace trio of Pat Cummins, James Pattinson and Peter Siddle for the opening Test and the three quicks picked up 11 wickets during Australia's win which saw them go 1-0 up in the series.

Hazlewood, Mitchell Starc and Michael Neser, who did not feature in Birmingham, however, provided a sneak peek into what they can offer as they three of them picking seven wickets between them during the practice game against Worcestershire.