Contributions with the bat from Amy Jones and captain Heather Knight followed by some disciplined bowling helped England beat West Indies by 44 runs in the fourth match of the ongoing T20I series. 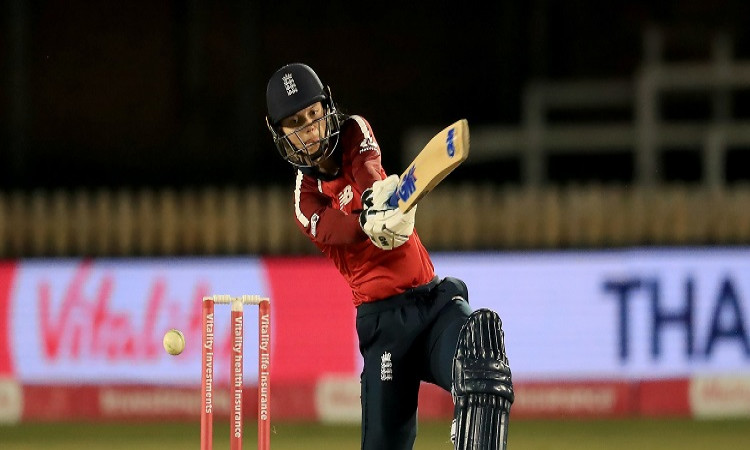 Batting first, England on Monday lost a couple of early wickets as Aaliyah Alleyne scalped the wickets of both the openers - Danni Wyatt and Nat Scvier caught behind.

Tammy Beaumont kept things moving before she became the victim of Karishma Ramharack who was playing her first game of the series, leaving England in a spot of bother at 45/3 in the ninth over.

However, Knight (42) and Jones kept the innings going and stitched a 75-run partnership to set England on course of a big total.

Towards the end, Katherine Brunt Brunt joined forces with the England wicket-keeper to add a further 49 runs and helped the hosts post 166/6 in their allotted 20 overs.

In reply, none of the West Indies batters could score big. Chedean Nation top scored for the visitors with 30, followed by 15 from Alleyne and 13 from captain Stafanie Taylor as West Indies could muster only 122/9 in their full quota of overs.

England now lead the series 4-0 and would be aiming for a clean sweep when the two teams meet in the fifth and final T20I at the same ground on Wednesday.