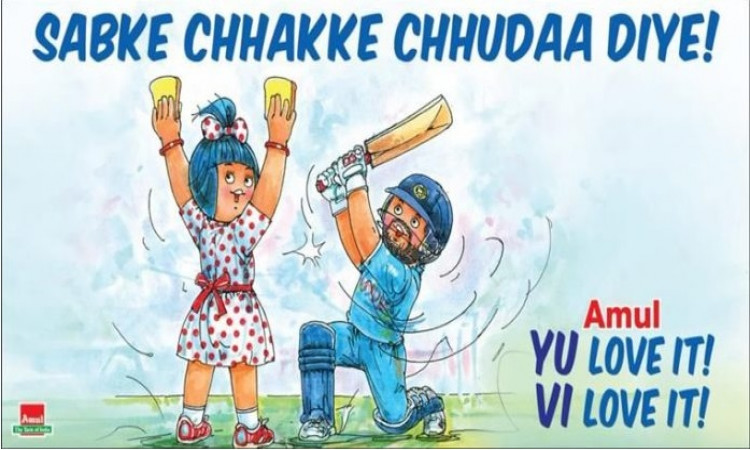 June 12 (CRICKETNMORE) After Yuvraj Singh bid adieu to his career, fans from all around the world showered love and support on the former star cricketer.

Amul, a famous Indian dairy brand, known for its creative and witty take on different trending topics, also joined the fans and dedicated a special cartoon to Yuvraj. In its tribute, Amul took note of the cricketer's historic six sixes off Stuart Broad over during 2007 T20 World Cup, and wrote: "Sabke chhakke chhudaa diye!"

The Chandigarh lad is known for his significant contribution to India's success in the 2007 T20I World Cup and the 2011 World Cup. As soon as he announced his retirement from all forms of cricket, praise and tributes flooded social media.