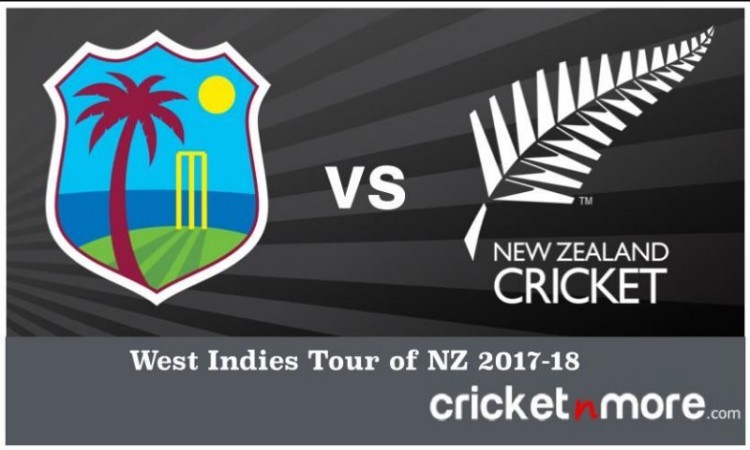 Ambris was the only change in the Jason Holder-led squad that beat Zimbabwe 1-0 in the Test series in Bulawayo earlier this month.

Hope was left out following a lean run since his debut in June 2017. His highest international score after 13 innings was 46, and he couldn't hit form on the tours of England and Zimbabwe. In three innings in Bulawayo, Hope managed only 60 runs.

Ambris on the other hand, had scored two hundreds in three first-class games against Sri Lanka A, aggregating 278 runs in five innings -- the highest in the series -- at an average of 55.60, even as West Indies A lost 1-2.

On the selection of Sunil Ambris, Chairman of the CWI selection panel, Courtney Browne said: "Sunil has replaced Kyle Hope in the squad, and this is on the basis of his consistent performances across formats and his outstanding returns for the Windies 'A' Team in the ‘Test' series against Sri Lanka ‘A'. This type of consistency is very welcomed by the panel.

"Kyle is encouraged to return to the first-class championship and turn in the strong performances his talent suggests he can deliver," he added.

The 24-year-old Ambris made his international debut in the One-day International (ODI) series against England recently and has played just one game.

The Caribbean team will prepare for the New Zealand tour with a training camp until November 21 in Brisbane.

They are scheduled to play a three-day tour match against New Zealand A in Lincoln, before the two Tests in Wellington (December 1-5) and Hamilton (December 9-13).

The three-match ODI series, which starts on December 20, includes a Boxing Day fixture in Christchurch and will be followed by three T20Is, between December 29 and January 3.