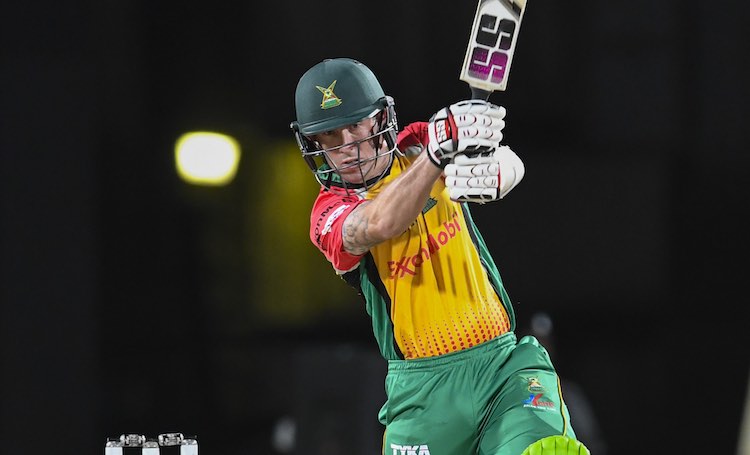 The Warriors made light work of a 166-run target, easing to an eight-wicket victory inside 17 overs as they jumped back above Jamaica Tallawahs and Trinbago Knight Riders in what looks like a three-way fight for the top two spots in the Hero CPL table.

The Tridents find themselves firmly at the other end of the table after a fourth straight home defeat and likely needing to win all three of their remaining games to extend their season into the play-offs.

Luke Ronchi (67* off 40) and Chadwick Walton (43 off 34) ensured the Warriors were never in serious danger of falling short of the Tridents’ 165/7 with a flurry of early boundaries to break the back of the chase before Shimron Hetmyer and Cameron Delport continued the charge.

On a night when Barbados hailed Sir Garry Sobers to mark the 50th anniversary of his six sixes in an over, Ronchi briefly stirred hopes of the most fitting tribute of all when he deposited the first two balls of Jason Holder’s second over beyond the ropes. He fell short of perfection in the end, but the over still brought Ronchi 24 runs as the Warriors raced to 70 without loss inside the six-over PowerPlay.