Always had the inswinger but have gained confidence: Jasprit Bumrah 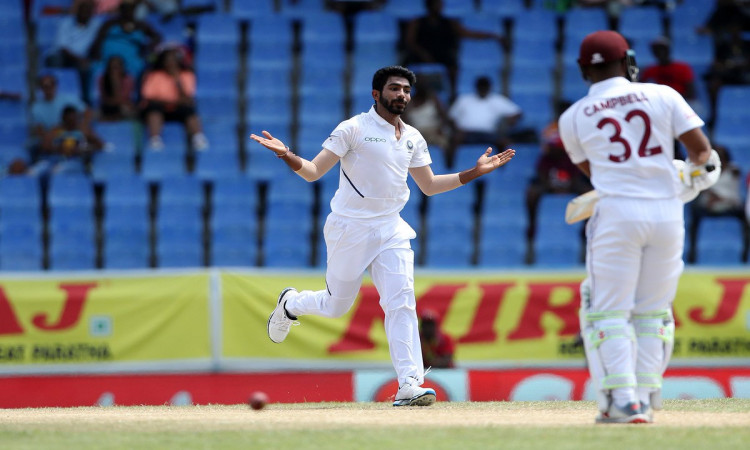 North Sound (Antigua), Aug 26: After being rested for the limited-over series against the West Indies, pacer Jasprit Bumrah produced a clinical bowling display against the hosts, specially in the second innings of the first Test as he scalped 5 for 7 runs, starring in India's massive 318-run win.

Speaking after the match on Sunday, Bumrah felt he always had the ability to bowl the inswingers. However, now he has learnt the art of bowling the outswingers.

In the second innings, Bumrah was seen swinging the ball both ways as it was enough to torment the batsmen.

"Feeling good and we built pressure as a bowling unit which was nice. We used the breeze to our advantage and stuck to our plans. Lot of hard-work and practice goes into that (about bowling the outswinger).

"I always had the inswinger but the more I played the more confident I got," the pacer said at the post-match presentation.