Auckland, Jan 25 (CRICKETNMORE):  Pakistan shone with bat and ball to defeat New Zealand by 48 runs in the second Twenty20 International (T20I) at the Eden Park here on Thursday. 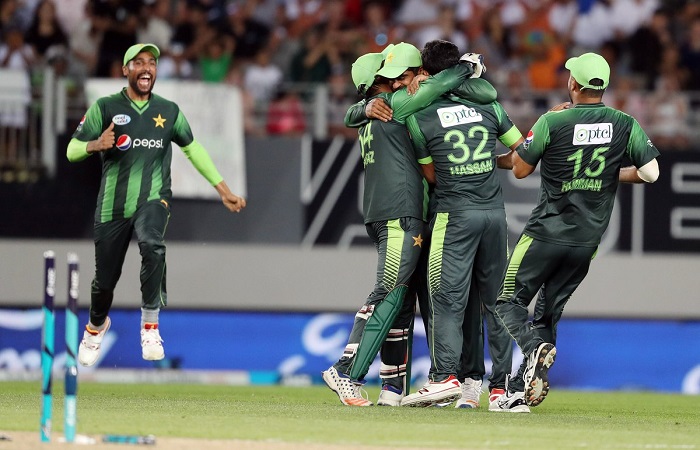 Pakistan thus levelled the series 1-1 after the hosts won the first match by seven wickets at the Westpac Stadium in Wellington.

After electing to bat first, Pakistan top order batsmen Fakhar Zaman (50), Ahmed Shehzad (44), Babar Azam (50 not out) and Sarfraz Ahmed (41) delivered brilliant knocks to help Pakistan reach 201/4 at the end of their innings.

For the hosts, who came into the match with a 1-0 lead, opener Martin Guptill (25), and lower-order batsmen Mitchell Santner (37), Ben Wheeler (30), Ish Sodhi (15) got amongst the runs but failed to convert in into match winning knocks.

The teams will play the third and final T20I, which will also be the series decider on January 28 at the Bay Oval in Mount Maunganui.