A brilliant all-round effort from Marcus Stoinis along with sharp bowling from Kagiso Rabada in the Super Over helped Delhi Capitals beat Kings XI Punjab at the Dubai International Stadium on Sunday. 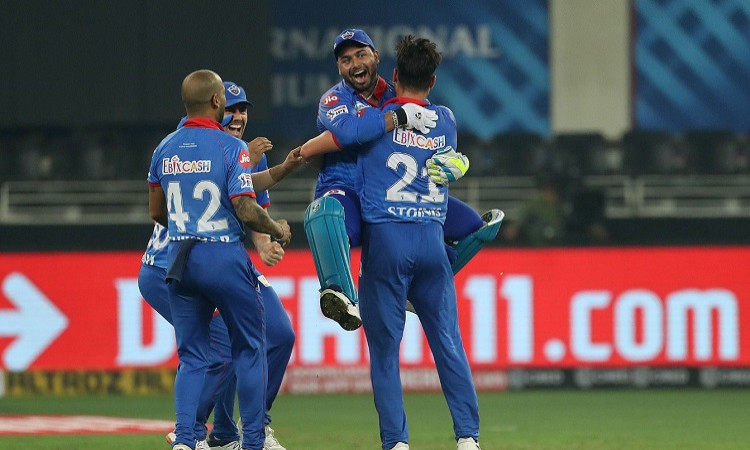 Both sides ended their respective 20 overs on 157/8 after which KXIP managed to score just two runs batting first in the Super Over.

DC took three balls to go past that total and get off to a winning start in the season.

Stoinis was the star of the day for DC as he picked two wickets off the last two balls of the match before which he smashed 53 off 21 balls to take an otherwise struggling DC past the 150-run mark.

KXIP were tottering at 55/5 at the start of the 11th over of the match after which opener Mayank Agarwal turned things around for them. Mayank scored a masterful 89 off 60 balls and his innings turned the tables to the extent that KXIP needed one run to win off the last three balls. But, he holed out at sweeper cover off the penultimate ball before Chris Jordan hit it straight to square leg.

Earlier, DC were on 127/7 at the end of the penultimate over of the innings at the Dubai International Stadium after which Stoinis smashed 26 runs off Chris Jordan in the final over. Additionally, the over included a wide and a dramatic final ball in which Stoinis was run out after taking a run but Jordan had overstepped. Anrich Nortje and Kagiso Rabada ran two runs off the free-hit to make 30 runs off the over.