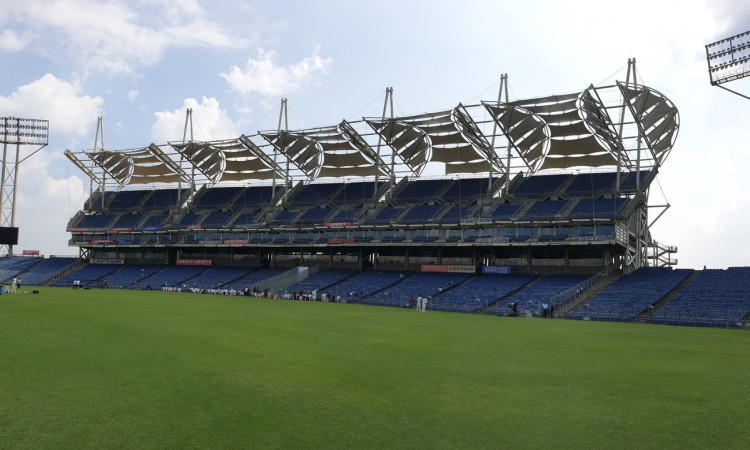 Pune, Oct 9:  Besides the two participating teams, a lot of eyeballs will be on the 22-yard strip at the Maharashtra Cricket Association Stadium when India take on South Africa in the second Test beginning Thursday.

The match will provide the hosts with a chance to wrap up the three-Test rubber and break the record for registering the maximum number of consecutive Test series wins at home. The Virat Kohli-led team won the first Test by a big margin of 203 runs and thus would enter the MCA Stadium brimming with confidence.

But memories of the 2017 Test against Australia here, where India lost by 333 runs and the match ended in three days, are bound to haunt Kohli and Co.

The International Cricket Council (ICC) had rated the pitch as "poor" and curator Pandurang Salgaonkar was in the eye of a storm.

Salgaonkar was involved in a ‘pitch-fixing' episode and was subsequently suspended by the ICC for six months later that year on the eve of the ODI against New Zealand.

Back again after one match since his suspension got over (India versus West Indies, 2018) the 69-year-old will be worried about the overhead conditions with rain lashing Pune in the weeks leading up to the game.

On Tuesday, India's bowling coach Bharat Arun had said that they do not keep the pitch conditions in mind before preparing for a Test match.

"We don't ask for the kind of wickets we get. For us to be a number one team in the world, we've got to accept and play on any wicket that's on offer. Even when we go abroad, we hardly look at the wicket," he had said.

On the eve of the Pune Test though, both Arun and head coach Ravi Shastri were seen keeping a close eye on the surface.

The pitch looked green when the covers came off but the grass cover is expected to be removed by the time play starts on Thursday.

"I know knowing Indian conditions, the turf is a little more red, so I expect the ball to spin a little more than the first Test," South Africa skipper Faf du Plessis said while interacting with reporters.

Left-arm spinner Steve O'Keefe had taken 12 wickets in two innings in that 2017 Test for Australia as the Indians were skittled out for 105 and 107 and the game turned out to be the lone Test match which India have lost in the last six years at home.

South Africa have two left-arm spinners in Keshav Maharaj and Senuran Muthusamy -- who made his debut in the first Test. Going by what du Plessis said, both would be raring to go. India, with Ravichandran Ashwin and Ravindra Jadeja would be equally excited at the prospect of a turning track but if history repeats itself, the second rubber could go any way.

Curator Salgaonkar will have his fingers crossed.