May 23 (CRICKETNMORE) Alex Hales, who was dropped from the England World Cup squad, is eyeing a comeback to the national side for the next year's T20 World Cup to be held in October on the back of some good performances in T20 leagues across the globe. 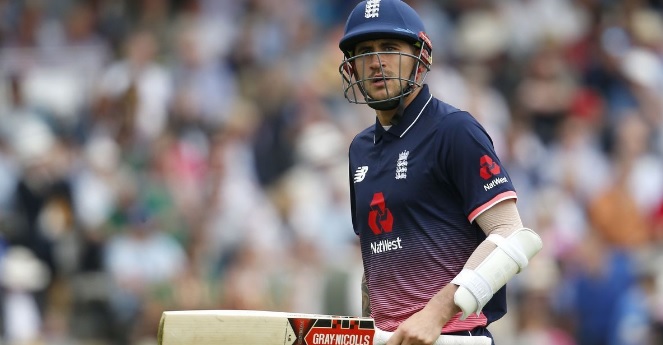 "I hope the door is not closed, that's one of my aims, that T20 World Cup," ESPNcricinfo quoted Hales as saying on Wednesday while he was attending the Caribbean Premier League draft here.

"I'm going to go through the process, hopefully score some runs in these tournaments and see how we go. I want to enjoy my cricket," he added.

Hales was named in England's preliminary 15-man squad only to be axed last week after a newspaper report revealed the 30-year-old was serving a 21-day ban for a second positive drugs test.

The England opener, however, he remains firmly behind his team who are bidding to win their first World Cup trophy.

"I will (be watching)," he said. "I am still a fan and I wish the boys the best. What we've done over the last few years is unbelievable, the guys deserve to win it, and I will be sat there watching and cheering."

The 31-year-old, who has been picked by Barbados Tridents for this year's competition, said he was looking forward for the opportunity to play.

"It's good responsibility and good for learning as an overseas player - there's probably a bit more pressure on you to perform. That's something I enjoy. I've played a lot of cricket for England now. That side of the game, the pressure, is something I really enjoy and have learned to adapt and get used to," he said.

"I just want to get back playing what I love most and that's cricket so this is such a good opportunity to go and play at a ground where I've got some fond memories - the Kensington Oval - and go and play in such a big tournament in some different conditions. I'm really looking forward to getting back out there," he added.