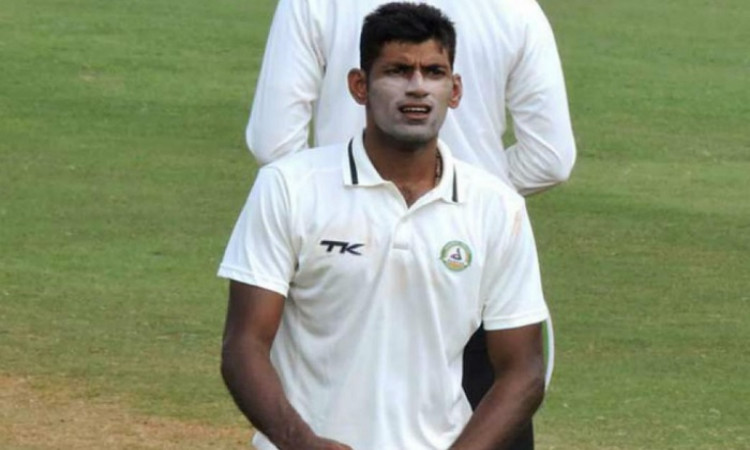 Bengaluru, Sep 7:  Right-arm off-spinner Akshay Wakhare picked up a brilliant five-wicket haul to hand India Red the Duleep Trophy title as they defeated India Green by an innings and 38 runs in the final on Saturday.

On the final day of the match, India Red bowled out India Green for a mere 119 runs inside 40 overs at the Chinnaswamy Stadium. Only Siddhesh Lad (42) and Akshath Reddy (33) could manage to stay at the crease for a while as none of the India Green batters were able to cope with the pressure created by Wakhare and Avesh Khan. The duo finished with figures of 5/13 and 3/38 respectively.

Earlier in the day, India Red started from their overnight score of 345/6, 114 runs ahead of India Green's first-innings total of 231. Aditya Sarvate and Jaydev Unadkat, who had remained unbeaten on 30 and 10 on Stumps on Day 3, managed to add another 8 and 22 respectively to their individual scores as India Red were eventually bundled out for 388 runs.

Abhimanyu Easwaran, who played a stupendous knock of 153, was the leading run-scorer for India Red. Apart from him, Ishan Kishan (39), Aditya Sarwate (38) and captain Priyank Panchal (33) also made noticeable contributions to help the team reach a total which ultimately they defended to clinch the trophy.

Dharmendrasinh Jadeja and Ankit Rajpoot were pick of the bowlers for India Green as they both scalped 3 wickets each. Left-arm seamer Tanveer-Ul-Haq contributed with two wickets, including that of Easwaran while Mayank Markande also picked one wicket. Easwaran was adjudged the Player of the Match.