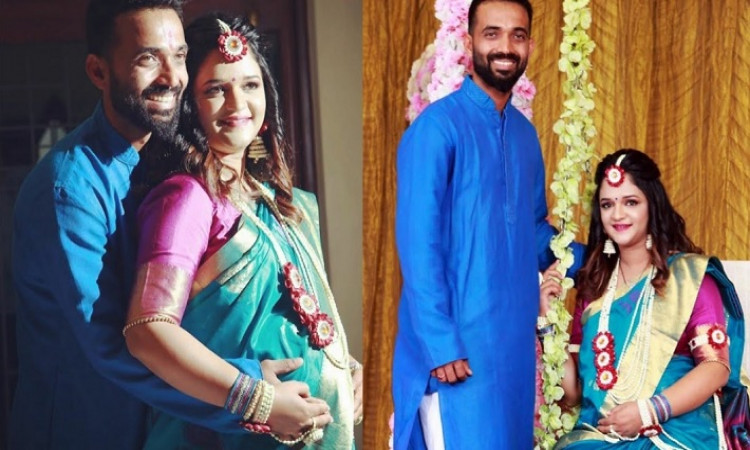 New Delhi, Oct 5:  India's Test vice-captain Ajinkya Rahane on Saturday became a proud father after his wife Radhika Dhopavkar gave birth to a baby girl. The 31-year-old is currently in Visakhapatnam with Team India participating in the first Test of the three-match series against South Africa at the ACA-VDCA Stadium.

Rahane's former India teammate Harbhajan Singh took to Twitter to break the news as he congratulated Rahane and his family for the arrival of the new member.

Rahane married his childhood friend Radhika in 2014. In July this year, the couple had revealed the news of pregnancy as they both shared a few pictures on Instagram of Radhika flaunting her baby bump.