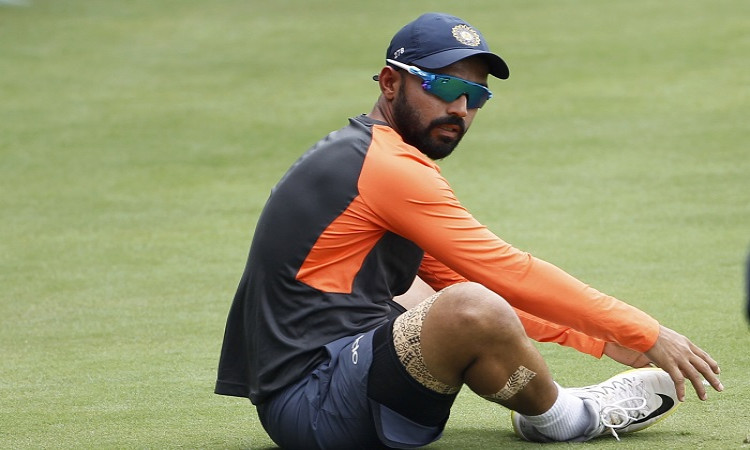 New Delhi, April 19 (CRICKETNMORE):  India's Test deputy Ajinkya Rahane has asked the Board of Control for Cricket in India (BCCI) to grant him permission to play county cricket for Hampshire in the months of May, June and mid-July. An application seeking permission has been sent by the batsman to the board and the same has been forwarded to the Supreme Court-appointed Committee of Administration (CoA).

As per the letter, Rahane wants to be given permission to turn out for the county team in four-day games. The letter has been forwarded by the CEO Rahul Johri to the CoA.

Speaking to IANS, a senior BCCI official said that there was no reason why the batsman wouldn't be granted permission as the likes of skipper Virat Kohli had also been given the go-ahead last year to turn up for Surrey last year.

"There is no reason why Rahane wouldn't be granted permission as the likes of Kohli and Cheteshwar Pujara were also given the go-ahead. Also, Rahane isn't a part of the World Cup team, so he won't have any international commitment at that time. He wants to play four-day games and that should actually help him when he returns to play Test cricket for India after the showpiece event gets over in England and Wales," the official said.

Pujara spent some quality time playing county cricket for Yorkshire last season when the Indian Premier League was in full flow. "Playing county cricket means you prepare on wickets where every ball could be the last you face in an innings. The wickets are really challenging and I love challenges. County cricket has improved me as a player," he had said of his Yorkshire stint.

Pacer Ishant Sharma also went and plied his trade for Sussex and returned an improved bowler after training with former Australia bowler Jason Gillespie. "I think county has helped me a lot as it was very tiring. Bowling 300 overs in just 16 days, I played four games. But it brought a lot of control to my game. Gillespie (Sussex coach) gave me a lot of confidence. He was always supportive and gave me freedom. I was there for just two months so no technical changes, but I did work on some things which have helped," he had explained.