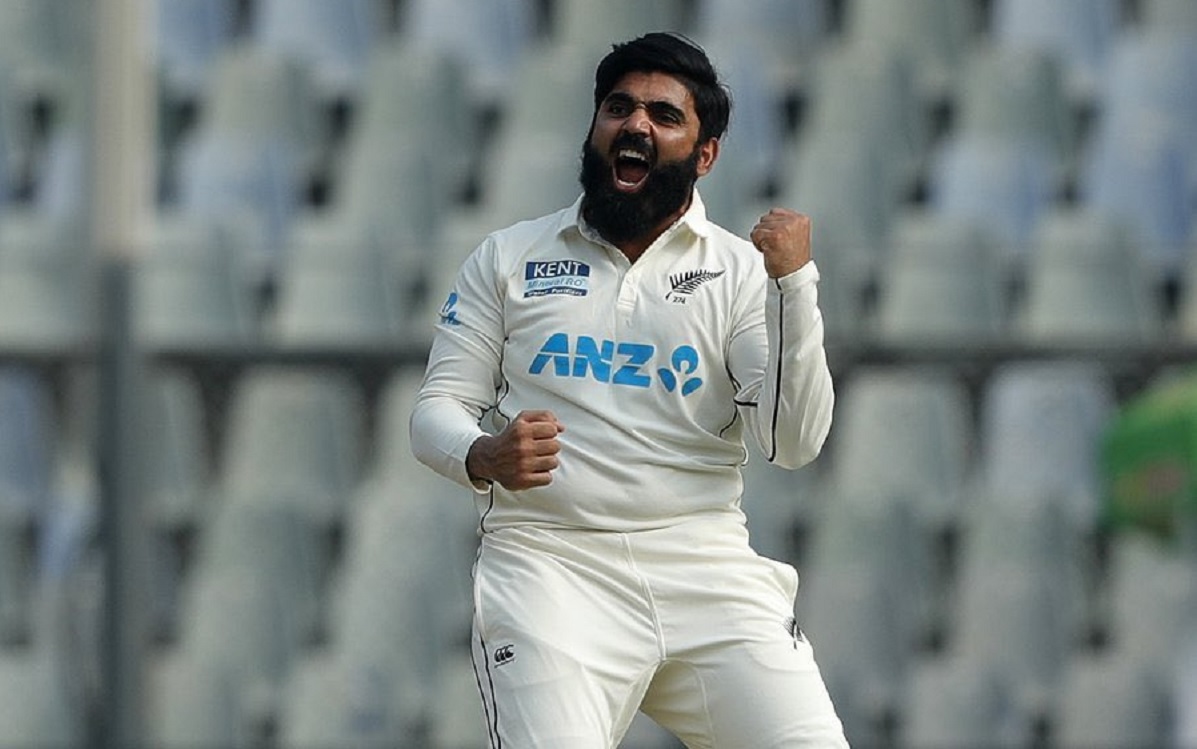 
Kieron Pollard Ruled Out Of Pakistan Tour Due To Injury; These 2 Players Named Captain

He had already joined an elite club of three bowlers including England's Jim Laker (1956) and India's Anil Kumble (1999) to take 10 wickets in one Test innings. Laker finished with 19 in the match against Australia.

Ajaz improved his match tally to 12 in the first session before Ravindra, another Kiwi of Indian origin, broke through to get his maiden Test wicket on day three at Mumbai's Wankhede Stadium.

"It was a pretty funny moment because we thought Jazzy (Ajaz) would take all 20 here," Ravindra, who is playing his second Test, said after he claimed the wicket of Shubman Gill for 47.

"They (New Zealand players) congratulated me for taking my first wicket. It was pretty special, the guys coming up to me."

Ravindra, a left-arm spinner, got three of the seven Indian wickets to fall before the hosts declared their innings on 276-7, leaving New Zealand to chase an improbable 540 and were 140-5 at the close of play.

Ravindra bowled just a few overs in the first two days due to a bug he caught on the morning of the game.

Ajaz ruled in an otherwise ordinary New Zealand bowling as he returned figures of 10-119 after getting down 47.5 overs in India's 325 in the first innings.

"I couldn't be happier for Jazzy. He's an incredible bloke and a great spinner. He embodies the Kiwi fighting spirit incredibly well," said Ravindra, who had stood unbeaten with Ajaz at the other end to help New Zealand hang on to a draw in the opening match.

"Taking 14 wickets is ludicrous, I am still trying to process that. Each time we gave him the ball, we knew he was going to give us a result. Having him in the team is also helps me and the others as he knows a lot about the game."

He credited Kiwi bowling coach Shane Jurgensen for his record-equalling display of 10 wickets in an innings.

"Shane really fizzed me up for this one," said Ajaz on Saturday.

"If I'm honest, the last game I probably didn't have the rhythm that I wanted, and Shane sent me a little clip of me against the world, basically.

"It was exactly what I needed and he just keeps finding ways to get the best out of guys."