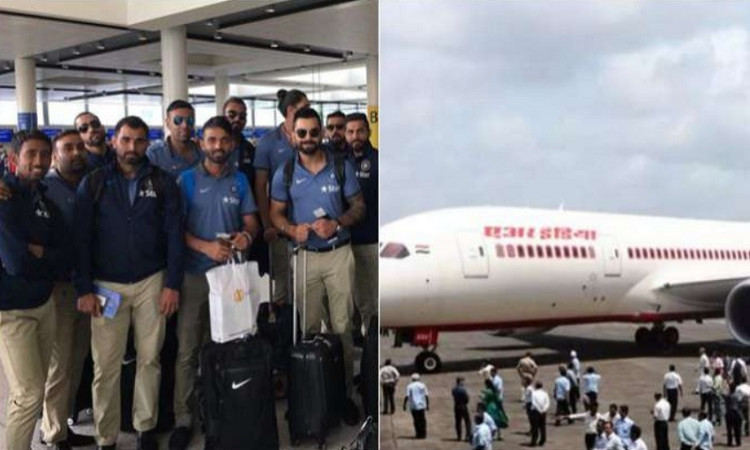 Sep 16 (CRICKETNMORE) With Jet Airways under insolvency, the Board of Control for Cricket in India (BCCI) has decided to give Air India a try as they have signed a deal with the national carrier for the ongoing series against South Africa. If things go well and the board is happy with the services, it could be an annual deal between the two parties.

Speaking to IANS, sources in the Air India management confirmed the development and said that the as of now, arrangements are on for the South Africa series. "We have joined hands with the BCCI and the Indian team travelled by Air India to Dharamsala and will be using the services through the series. Post that, we will sit and assess how to move forward," the source said.

Also Read: Steve Smith keen to get a few weeks off after Ashes show

A BCCI functionary said that with Jet out of the market, the board looked at working with Air India and if things go well, the one-series agreement has the potential to turn into an annual contract.

"We are doing the current South Africa series with Air India since Jet is no longer flying. We had a contract with them (Jet) when it came to the team travelling in India. But we had to look at options at the start of this home season and we decided to give this a go and if all goes well, we move to a longer contract, say an annual one," the functionary explained.

This interestingly isn't the first time that the BCCI is looking to work with Air India and did have a contract with them in 2016 before moving back to Jet Airways.

"The board had an annual contract with Jet in 2015, then we had a one-year contract with Air India in 2016 before going back to Jet for 2017 and 2018. Not getting into details, the experience was assessed at the end of the contract in 2016 and those taking the call decided to give Jet another shot," the functionary said.