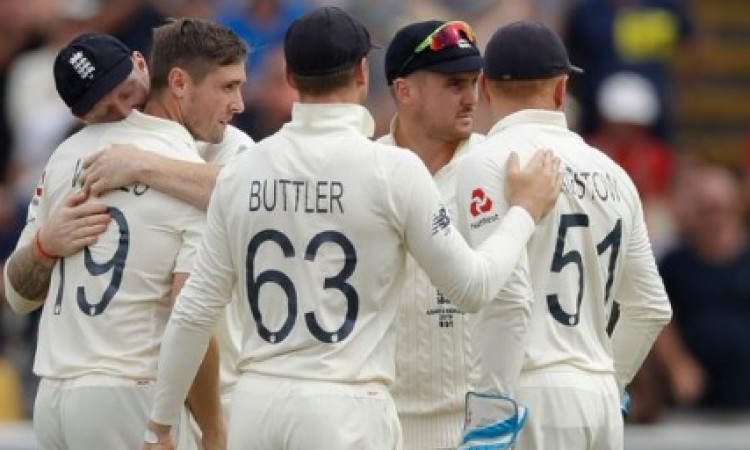 Islamabad, Aug 5. Former Pakistan pacer Shoaib Akhtar is unhappy seeing cricketers wearing names and serial numbers on the back of their jerseys in Test cricket, terming it as 'awful'. He also urged the International Cricket Council (ICC) to revert its decision.

England and Australia, presently competing in the first Test of the much-awaited Ashes series, have become the first nations in the history of Test cricket to wear names and numbers on their jerseys.

The ICC had come up with the idea of printing names and numbers on the white flannels as an initiative to help fans connect with the players.

"Player's name and number on the white Test kit looks awful. Should not be there. Takes away from the traditional spirit in which the game is played. This decision should be reversed," Shoaib tweeted.

Earlier, ex-Australia bowling great Brett Lee and former stumper-batsman Adam Gilchrist had also expressed their dissatisfaction over the move. Lee had termed it as ‘ridiculous'.

"For what it's worth I'm strongly against the players numbers & names appearing on the back of test cricket shirts! I think it looks ridiculous. @ICC I love the changes you've made to cricket in general, but on this occasion, you've got it wrong. #tradition #cleanskin #nonames," Lee tweeted.

Gilchrist had also termed the initiative as ‘rubbish'. In a tweet, Gilchrist said: "In fact, I'll take my apology back. The names and numbers are rubbish. Enjoy the series, everyone."

Outstanding. We are underway. Sorry to sound old fashioned but not liking the names and numbers. #Ashes #cmonaussies

In another tweet, Gilchrist said: "Outstanding. We are underway. Sorry to sound old fashioned but not liking the names and numbers."