Colombo, Sep 26 (CRICKETNMORE):  Days after being stripped of the captaincy, Sri Lanka all-rounder Angelo Mathews was on Wednesday dropped from the One-day International squad for the upcoming home series against England, with the selectors raising doubts about his fitness. 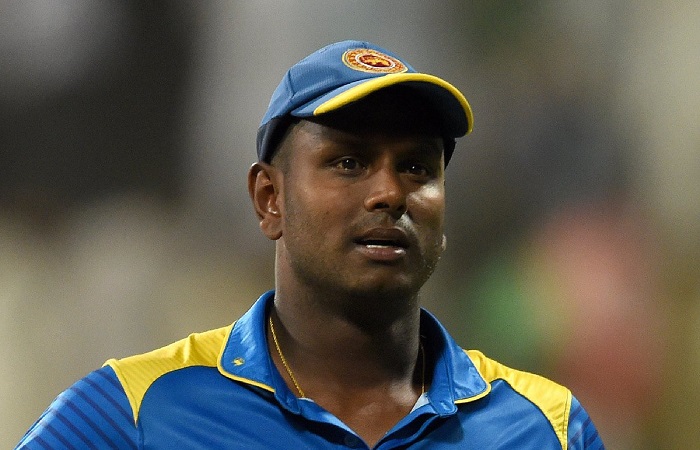 Mathews was earlier asked to step down from ODI captaincy after the Islanders crashed out of the Asia Cup following heavy defeats to Bangladesh and Afghanistan.

Despite being among the top ODI run-getters in the last 12 months with 468 runs from 11 matches, Mathews was shown the door in the 50-over format with Sri Lanka Cricket (SLC) bringing back Dinesh Chandimal as leader of the side.

According to an International Cricket Council (ICC) report, Mathews however, has been retained in the 16-man Test squad, which also includes Kaushal Silva, who last played a Test in October 2016, and Malinda Pushpakumara, who has played only two Tests till date.

Lahiru Kumara has been included but his participation is subject to fitness.

Among other changes, batsman Kusal Mendis and Shehan Jayasuriya were left out while Sadeera Samarawickrama was recalled.

Fast bowler Nuwan Pradeep was also brought back with Suranga Lakmal left out.

In the spin department, Dilruwan Perera was dropped to make way for Lakshan Sandakan.

Ajantha Mendis and Lakmal were named as standbys alongside Shehan Madushanka, Dimuth Karunaratne and Jeffrey Vandersay.

Sri Lanka's five-match ODI series against the Englishmen will start OCtober 10, while the three-Test rubber will be played from November 6.