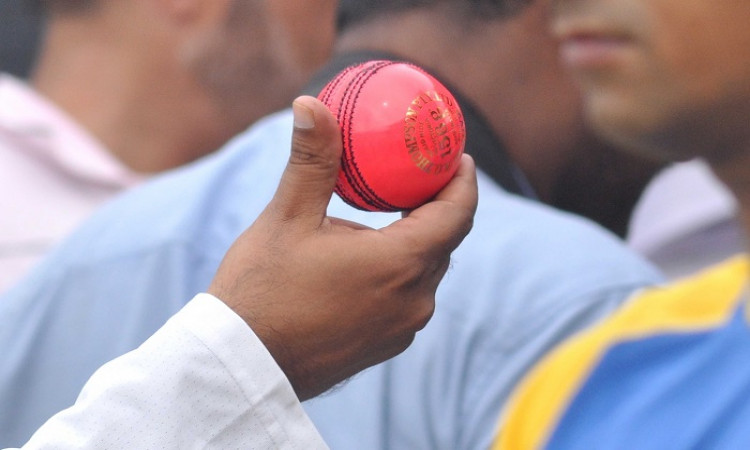 New Delhi, Oct 30: "The reality is that Test cricket is faced with challenges such as declining crowd attendances in some countries, as well as issues of context and competition for attention from shorter formats of the game," ICC Chief Executive David Richardson had said before the first Day-Night Test which took place between Australia and New Zealand from November 27 in 2015.

The Board of Control for Cricket in India (BCCI) though backed the team which wasn't too keen to take the challenge as they felt that they needed time to practice with the pink ball under lights before taking the challenge on the world stage. Requests from the ECB and Cricket Australia were turned down by the BCCI. But all that changed with former India skipper Sourav Ganguly being appointed new BCCI President.

He first convinced skipper Virat Kohli to take up the challenge and then sent in a request to the Bangladesh Cricket Board (BCB) and convinced them to turn the second Test of the two-match series at the Eden Gardens into a day-night affair.

However, a question that comes to mind is what made the otherwise reluctant Indian team to agree to play pink ball cricket?

One of the major reasons could be the lack of crowd in the just concluded three-game Test series against South Africa. The lack of crowd prompted Kohli to moot for five strong Test venues across the country.

"In my opinion, we should have five strong Test centres. In Test cricket, teams coming into India should know that they are going to play at these five centres, these are the pitches and crowds to expect. It can't be sporadic and spread over so many places," Kohli said after the Ranchi Test.

"But when it comes to Test cricket, teams coming to India should know that they are playing at these five centres. So that becomes a challenge already when you are leaving their shores, because when we go to any place, we know we are having four Test matches at these venues," he added.

With Ganguly also making it clear that the future was pink ball Tests, the comment from the skipper on lack of crowd further helped the newly elected BCCI President to convince the captain.

"This is the beginning of something special in Indian cricket. For me, as former captain of India and as the current President of BCCI, Test cricket is of utmost priority and we at BCCI will leave no stone unturned to bring this format back to its feet," said Ganguly after BCB agreed for the Test.

The record of the current Indian team has been quite amazing and barring series losses in England and South Africa, they have registered comprehensive victories and have stamped their authority in the ongoing World Test Championship as well. So, the pink ball will definitely provide them with a new challenge as pointed by wicket-keeper Wriddhiman Saha. Saha is one of the two current India players who has played pink ball cricket at the Eden Gardens.

"This will be a new challenge in front of us. We have not played Tests with the pink ball. I have been part of a domestic pink ball multi-day game. Challenge is there in every sport. The more you are challenged as a team, you get better and I am sure we will do that," Saha said while speaking to IANS.

The 11 day/night Test matches played in Australia (Adelaide Oval, The Gabba), Dubai, England (Edgbaston), South Africa (Port Elizabeth), New Zealand (Eden Park) and West Indies (Bridgetown) did get an overwhelming response from the fans who turned up in huge numbers to support not just their teams but the game. Taking all this into account, it is clearly a win-win situation for the new President who is keen on stamping his authority on Indian cricket as an administrator.