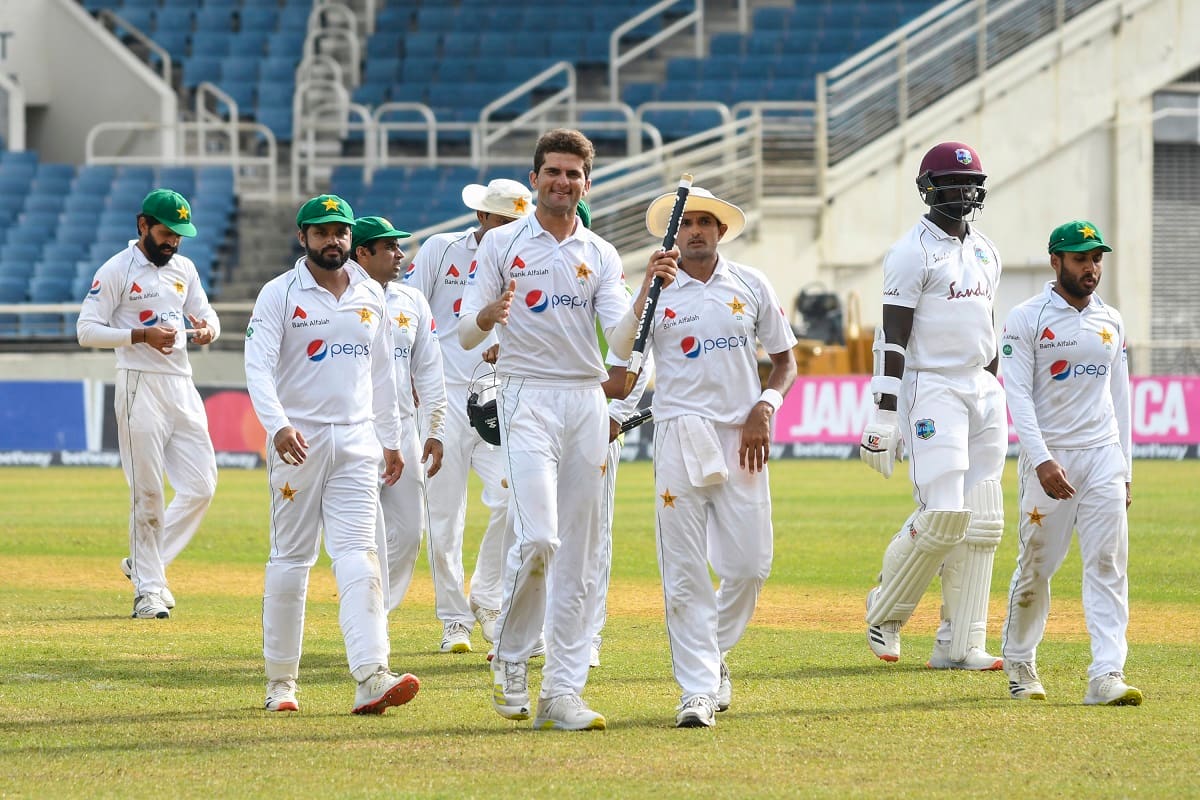 Career-best match figures of 10/94 by Pakistan pace bowler Shaheen Afridi helped the tourists dismiss the West Indies for 219 on the final day of the second Test and clinch a series-leveling 109-run victory at Sabina Park here on Wednesday (IST).

Shaheen Afridi claimed four wickets on the final day, while Nauman Ali (3/52) and Hasan Ali (2/37) were miserly at the other end, as a number of West Indian players failed to capitalise on their innings starts.

Pakistan have claimed 12 World Test Championship points from the series.

Beginning the day at 49/1, Alzarri Joseph (17) was the first player dismissed in Shaheen's charge, caught by wicketkeeper Mohammad Rizwan as the left-armer found the top-edge of the nightwatchman's bat. Nkrumah Bonner fell less than four overs later to Hasan Ali, adjudged lbw after a successful review by the fielding team.

The West Indies' chances of salvaging anything from the match took another blow thanks to a fine piece of Imran Butt slip-fielding, taking a low catch to dismiss Roston Chase for a duck, Hasan's second scalp.

In trouble at 73/4, Jermaine Blackwood joined opener and captain Kraigg Brathwaite, and provided some respite, ticking the score to three figures. Looking in control, the left-arm orthodox of Nauman was the partnership's undoing, as a turning and bouncing delivery forced a Blackwood edge. Rizwan claimed his second catch behind the stumps, and Pakistan were five wickets away from levelling the series.

Brathwaite continued to grind, though it was perhaps a lapse in concentration in his four-hour stay at the crease that cost him his wicket, cutting a Nauman delivery to Fawad Alam at point for 39.

Shaheen Afridi again struck to dismiss Kyle Mayers for 32, though Pakistan faced a new threat to deny them victory in the form of rain. A light shower forced an early call for tea with three wickets still to take, and it spurred a West Indian side, which still had Jason Holder and Joshua da Silva at the crease.

Momentum looked to have swung back in the hosts' favour as Pakistan looked desperate for a scalp, though the spin of Nauman broke the match open, beating Holder in the flight for the all-rounder to spoon a catch to short cover for 47.

Afridi returned, and after trapping Kemar Roach in front for 7, dismissed da Silva for 15 to finish the job for the tourists.