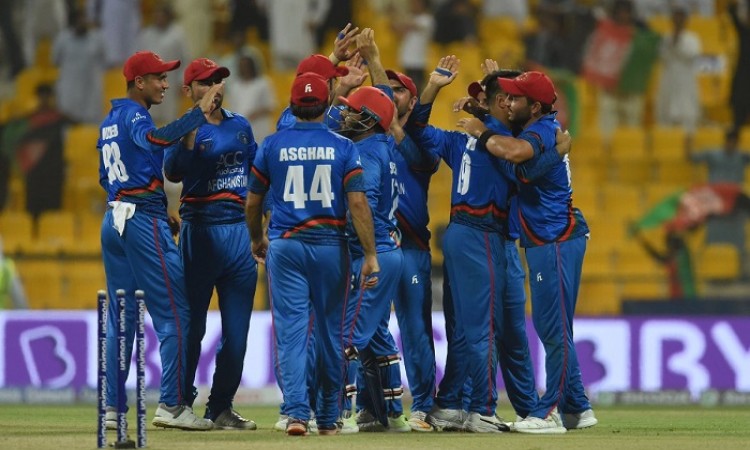 Abu Dhabi, Sep 18 (CRICKETNMORE):  Afghanistan knocked Sri Lanka out of the Asia Cup after thrashing the Islanders by 91 runs in a Group B match at the Sheikh Zayed Stadium here on Tuesday.

Electing to bat after winning the toss, Afghanistan showed great maturity by piling on 249 runs before skittling out the Sri Lankans for a mere 158 in 41.2 overs.

Also Read: India-Pakistan will be a 50-50 contest, says Sourav Ganguly

With this win, Afghanistan will join Bangladesh from Group B in the Super Fours.

For Afghanistan, this was their first win over the Sri Lankans in One-day Internationals, with the Islanders already facing a must-win situation having come into this game on the back of a 137-run loss to Bangladesh in their tournament opener on Saturday.

Riding on a fine half century from Rahmat Shah (72), and valuable contributions from the opening duo of Mohammad Shahzad (34) and Ihsanullah Janat (45), the Afghans batted confidently to deny the Sri Lankans any early inroads in their innings.

Afghanistan were off to a strong 57-run opening start between Shahzad and Janat, before Shah joined Janat for another 50 runs for the second wicket.

The departure of the opening duo, however, did not deter the minnows from taking the attack to the opposition as Shah forged together a 80-run fourth wicket stand with Hashmatullah Shahidi (37) to take the side to a comfortable position.

Sri Lankan all-rounder Thisara Perera (5/55) managed to break the partnership before triggering a mini collapse of sort but by then the Afghans had neared the 250-run mark towards the end of their innings.

In reply, the Islanders once again faltered with their batting and lost their first wicket in the opening over itself with teenaged off-spinner Mujeeb Ur Rahman (2/32) packing back Kusal Mendis for a duck.

Upul Tharanga (36) and Dhananjaya de Silva (23) put on a brave show to weather the storm with a 54-run second wicket stand before being separated, courtesy a silly run-out of the latter.

Thereafter, wickets began to tumble one after the other as the Sri Lankans slipped from a comfortable 86/2A to lose half their side with just 108 runs from 27 overs.

Skipper Angelo Matthews (22) and Thisara Perera (28) managed to get decent starts but the loss of partners at regular intervals dented their hopes, even as the Afghan spinners led by leggie Rashid Khan (2/26) kept dominating the proceedings