London, June 19 (CRICKETNMORE) Afghanistan coach Phil Simmons on Wednesday indicated in a tweet that he will reveal chief selector Dawlat Ahmadzai's role in the removal of Asghar Afghan as skipper in the 11th hour and the effect of his actions on the team's preparation for the World Cup in England and Wales. 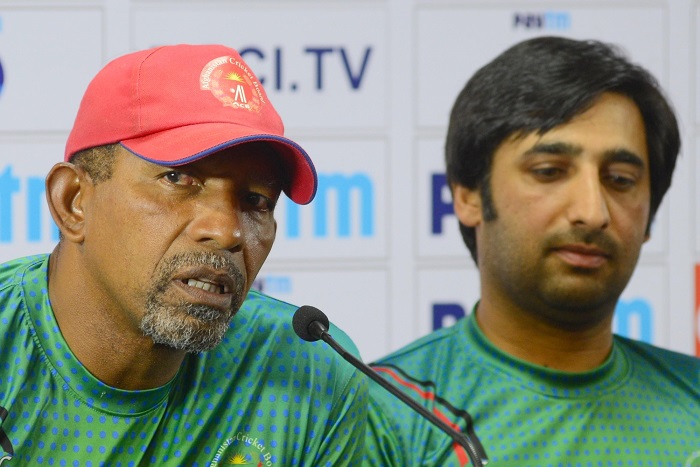 "I am in the middle of a World Cup and trying to get our team to perform to the level we expect but at the end of the World Cup I will tell the Afghanistan people about the part that Mr Dawlat Ahmadzai had to play in our preparation and his part in the dismissal of #AsgharAfghan," said Simmons in response to a tweet by an Afghan journalist in which Ahmadzai was quoted to be laying the blame for the team's dismal run at the World Cup on the shoulders of the coaching staff led by Simmons.

Afghanistan's pre-World Cup preparation was marked by major changes, most notably the sacking of long-time skipper Asghar Afghan from the role. Senior players Rashid Khan, who replaced him as T20I skipper, and Mohammad Nabi publicly expressed their displeasure. Simmons announced shortly thereafter that he will not be continuing as Afghanistan's head coach after the World Cup.

The instability spilled into the tournament in which Afghanistan's woeful run has seen them sitting at the bottom of the standings with five losses in as many matches. Their most recent defeat came at the hands of hosts England where the latter hit a whopping 25 sixes batting first and star spinner Rashid conceded 110 runs in 9 overs -- the most by any bowler in a World Cup match.

The ACB also came in the news when wicket-keeper Mohammad Shahzad, who was ruled out with a knee injury, said that he was not informed of his ouster and accused the ACB of conspiring against him.