England all-rounder Moeen Ali has heaped praise on Adil Rashid, saying he is the best spinner in the world now after his three-wicket haul against Australia in the final T20I of the three-match series. 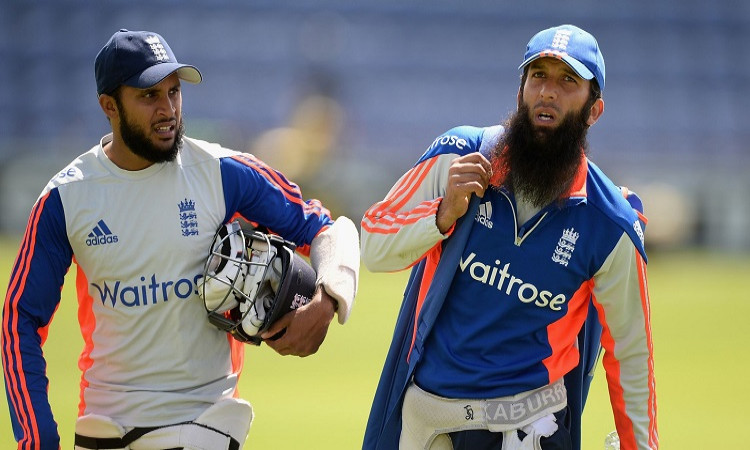 The leg-spinner (3-21) dismissed Glenn Maxwell (6) and Aaron Finch (39) in the same over and then Steve Smith (3) as Australia struggled before completing a five-wicket victory on Tuesday.

Moeen, who captained England as Eoin Morgan had to sit out with a dislocated finger, said of Rashid as quoted by Sky Sports: "You always wish he had another over or so. I think he (Adil) is quite hard to pick and play, he's got so much skill.

"He's an amazing bowler for us - when he's bowling like that, I think he's the best in the world. He's brilliant and he has been over a long period of time and it's the reason why he's a leading wicket-taker in white-ball cricket."

Moeen also lauded Jos Buttler after the wicketkeeper-batsman was named Player of the Series.

"He's an amazing, world-class player - a great leader and if he had been here tonight, I'm sure he would have been captain," said Moeen.

"He has changed our way of playing completely. He brings so much to the team - even if he doesn't score runs, just having him in the changing room is amazing. I'm sure there will be more to come.

"We have learnt we have a top bowling attack and when Stokesy (Ben Stokes), Jos, Morgs (Morgan) and Jason (Roy) come back, we will have a formidable side," Moeen added.

England and Australia will now face each other in the three-match ODI series starting Friday at the Old Trafford in Manchester.