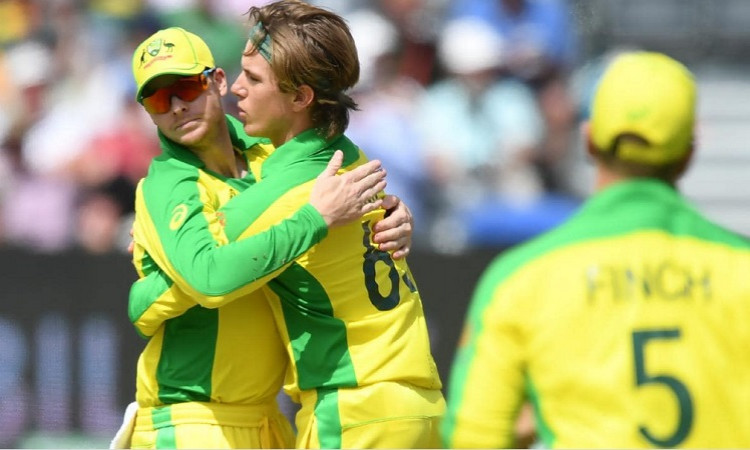 Australia leg-spinner Adam Zampa hopes star batsman Steve Smith can return to the team for the decider on Wednesday. The three-match ODI series is locked 1-1 after hosts England drew level in dramatic fashion.

A dramatic batting collapse, including loss of four wickets for three runs, saw Australia suffer a 24-run defeat against England at the Old Trafford.

Chasing what was a tricky target of 232, the visitors bundled out for 207 in the 49th over with the result meaning that England have extended their lead at the top of the ongoing ICC World Cup Super League.

Smith will return for Wednesday's deciding ODI having sat out the first two games after being hit on the head in the nets.

"It's been disappointing to have him miss the last couple of games - he is a world-class player and is experienced as well," Zampa was quoted as saying by Sky Sports.

"It's pretty obvious if Steve Smith is fit he's in most cricket teams. Hopefully we can have him back for that third game," he said.

Zampa added that Australia can learn from 'adaptable' England.

"We were so close to winning a series with a game to spare," Zampa said.

"We probably owned the rest of the game but it seems to be that England can turn the game around pretty quick. They are a really, really good cricket team and we can learn a lot."