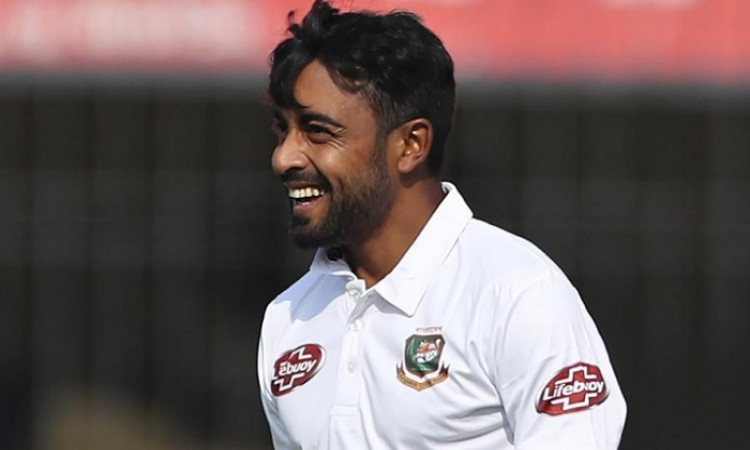 Indore, Nov 18: Bangladesh pacer Abu Jayed has said he took tips from India's Mohammed Shami after the first Test and spoke about his preparation for the pink ball Test, slated to be held at the iconic Eden Gardens in Kolkata from November 22.

Jayed's performance was one of the few bright spots for Bangladesh in the first Test in Indore, which they lost by an innings and 130 runs. The right-arm pacer picked up four wickets, including those of Virat Kohli and Cheteshwar Pujara, during India's innings of 493/6.

In a bid to improve even further, the 26-year-old sought advice from Shami, who stood out as India's best bowler in the first Test, with returns of 3/27 and 4/31 from two innings.

"I spoke with [Mohammad] Shami bhai yesterday (Saturday). There are some similarities between him and me since we both use the seam. I have seen him bowl a lot of times and I paid extra attention to how he was bowling. I have compared his height to mine to find out if he is taller than me or of equal height. Then I figured maybe I could bowl like him," he was quoted as saying by the ICC.

Jayed scalped India opener Rohit Sharma caught behind for six in the final session of the opening day in Indore, and followed it up with wickets of Cheteshwar Pujara and India captain Virat Kohli next morning to give his side some hope. He later removed Ajinkya Rahane for 86.